Cowsay, for those of you that don't know, is a computer option on a lot of Linux systems which lets a cow talk to you.
You could also ask the cow to predict your future, tell you a joke or some important saying. Overall it was a pretty cool little easter egg.

I thought about making cowsay in python but it already exists and I feel like I use python a bit too much, so instead I decided to make it in ruby.

Personally I think it turned out quite well, the cow can talk and it doesn't look too bad. 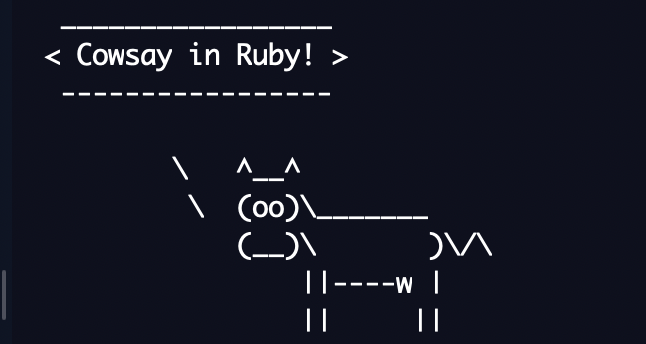 I also added Tux the penguin: 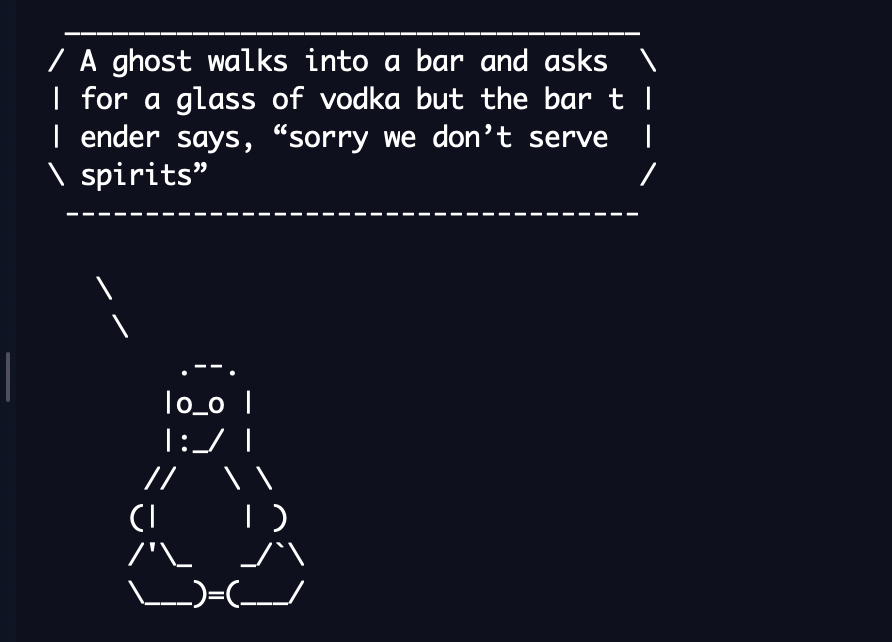 And a little stickman with a Mohawk, which is the only ascii art I actually made, the cow and tux I just stole from wikipedia since I suck at ascii.

Have fun messing around with it! Maybe I’ll add some more characters if I get bored.

now I need to make it in cow: https://esolangs.org/wiki/COW 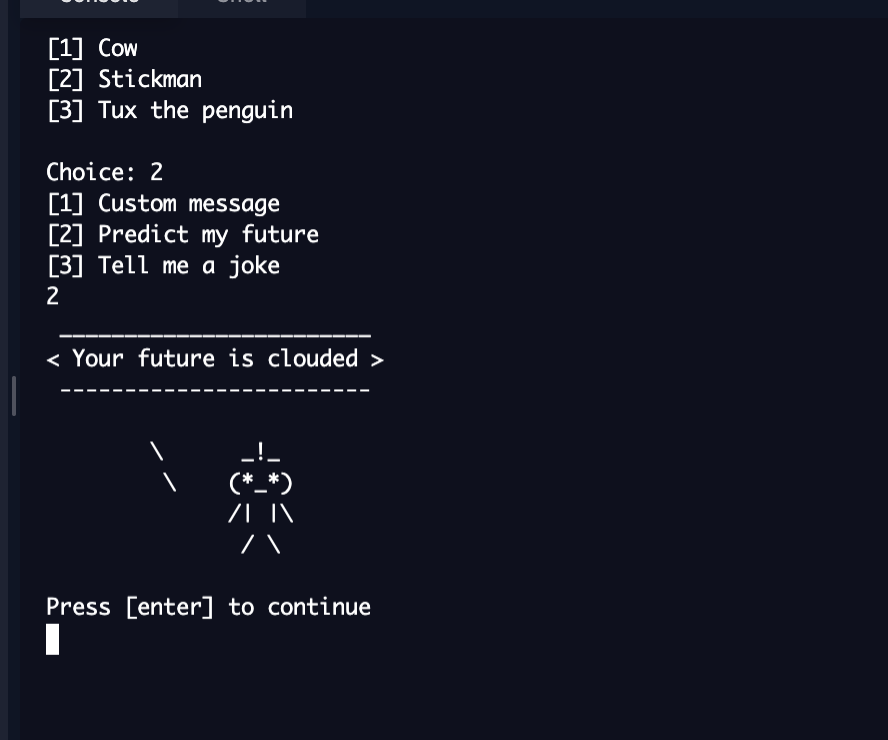 uh i think its private