I think I made STRESS

This game is really stressful.

Oh, and make sure to press space to break the wall in front of you. That is very important for survival.

The recent developer Spotlight hosted by @TheDrone7 featured @AdCharity, and in his quote said:

I will find you and put a cockroach on your bed

So I made it into a game.

Now why "bugs" instead of cockroaches? Because "cockroach" is a long word to spell.

My highscore for coins collected was 18. Beat that.

Also, this took around 2/3 hours to make, and I did this all in one sitting. That's also a reason why my code's so messy. I'm going to take a break now.

Oh, and if you want to learn how to make a simple pathfinding algorithm like seen in the game, let me know in the comments.

AND NO! Before you write your comments about "why don't you include an HTML tag Squid?" NOOO!, this is NOT an HTML game, this is a Processing/Java game. READ the source code, and STOP asking me!!!

This game is really STRESS. My high score is 5

I love it, it's very fun. I got stuck in a wall and lasted 87 seconds

@Codemonkey51 thanks! don't forget to upvote :)

I would consider this anxiety imo

@medcho sure! just make sure to credit me :)

Have you seen my new game: https://repl.it/talk/share/The-Hollow-Part-5/37626
You should try it out @DynamicSquid

Fun but (unless you intended it as such) if you hold down on the space bar the whole map blacks out. Make it so that the player has to be going the right direction and pressing space for a wall to break and a new wall to be added.

@ColinKingsley okay, I think I fixed it. you can only use space every couple seconds, so hopefully it'll prevent spamming 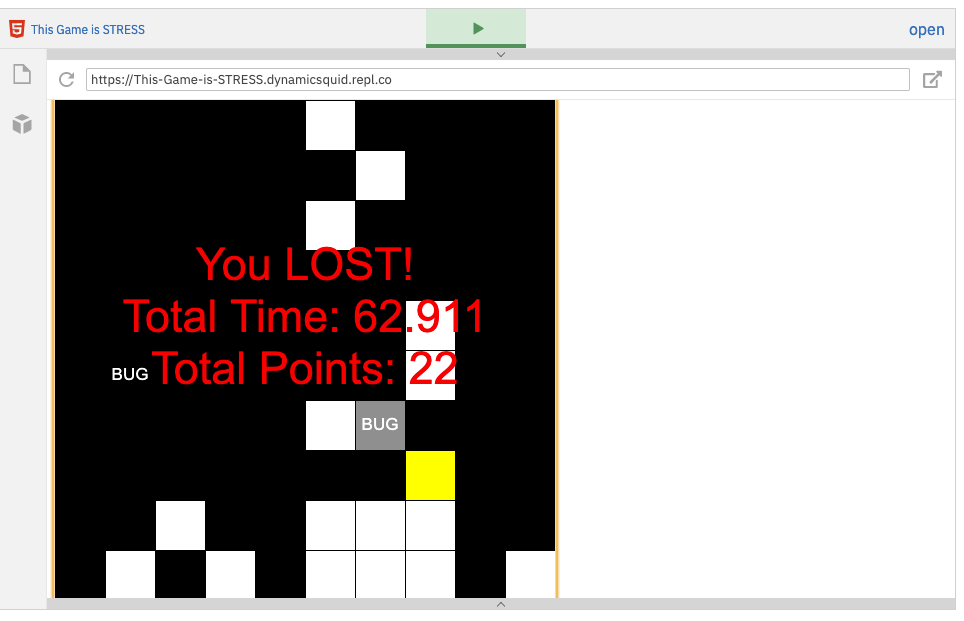 also, fixed the thing so you can't spam space anymore 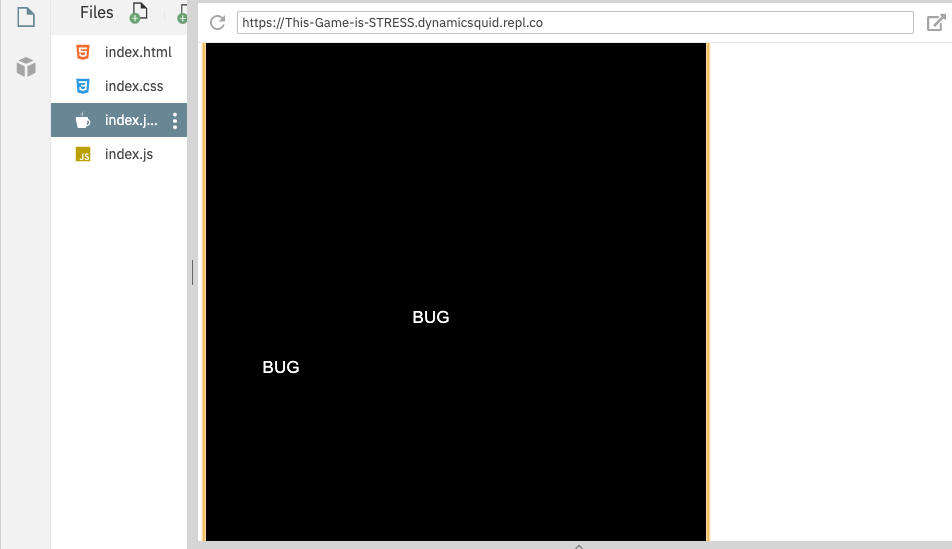 @ChezCoder okay, I think I fixed it so you can't spam space anymore

@Markpg thanks! care to upvote?

epic
I will find a cockroach now