Yet another physics demo..

I wanted to try writing a working 3D physics-based game, and this is as far as I got.

Although this is a relatively simple game, I spent countless hours trying to fix Physijs, as this library is over 5 years old and no longer works correctly with THREE, unfortunately :(
There is also no documentation on the vehicle physics itself, so I used Physijs' vehicle example.

You can use the vehicle generator I wrote for this game. If you measure by lines of code, this is relatively short, but helps a lot in the end.

Sometimes you can get one of your wheels stuck inside the ground, since there is no physics body on the wheels (it appears to be a particle, so it can get stuck inside the thin terrain).
Press V to flip your vehicle.

The way that forces are applied to the wheels makes it that you will constantly accelerate, regardless if you are pressing W or not. There is no real way to maintain speed, unless I write a cruise control-style system (can only apply engine force). For some reason, setting engine force to 0 forces the car to brake instead of slowly losing speed. Eventually, I'll find a solution to this.

W, A, S, D moves the car, or arrow keys
Click and drag to look around.
Got stuck? Press V to flip.
If you want to go really fast, hold Q.

First thing I saw was this: 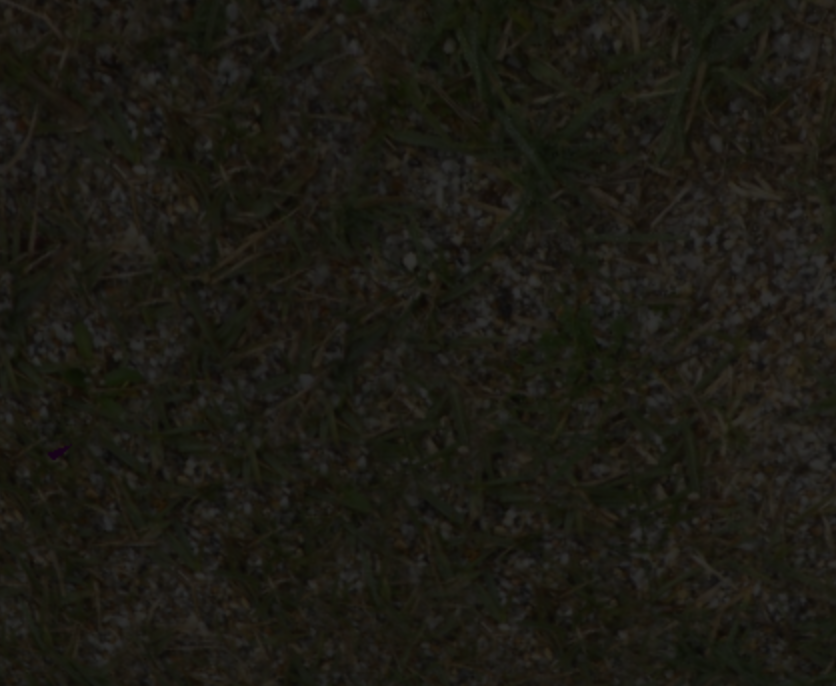 nah man I m out

WHY DOES THIS HAVE SOOOO MANY UPVOTES, AND ONLY HAVE TWO REPLYS!!!????? @OldWizard209

@OldWizard209 the grass is a picture

WHY DOES THIS HAVE SOOOO MANY UPVOTES, AND ONLY HAVE TWO REPLYS!!!????? @OldWizard209

oh dummy me
Hmm.... mmm, hm.... hmmmmmmmmmmmm
Ok, I think that you are overreacting, you are a good coder.

@tussiez I think you should make this 4x4 because this keeps flipping over whenever I hold boost.

@Rebelthunder I think it is 4x4

@tussiez is it? cause it works better in reverse, so that's making me think that it's rear wheel drive.

@Rebelthunder956 Huh.. must be the physics engine

@Rebelthunder956 @tussiez @adilskillz and @Wilke000 can you guys stop replying to this thread. You are clogging my notifications and my e-mail...

@OldWizard209 Yikes! Sorry, my email is spammed too

Yeah but it still continues... @Wilke000

Because he's a god at coding.

@tussiez could you also try to change the code a bit so that u can move when flying with "v"?

@Rebelthunder It was originally intended to flip :D

@LaneMartin i use mouse so no f fur me lol

(its really good btw, keep up the great work!)

@videogamehover
Hah, don't make me laugh in class :D
Thanks!

YAY! (Usually happens when there is a server involved)

@tussiez You can always tell if it is a good game from the code and reviews.

Now I know why I keep getting a cycle a day. 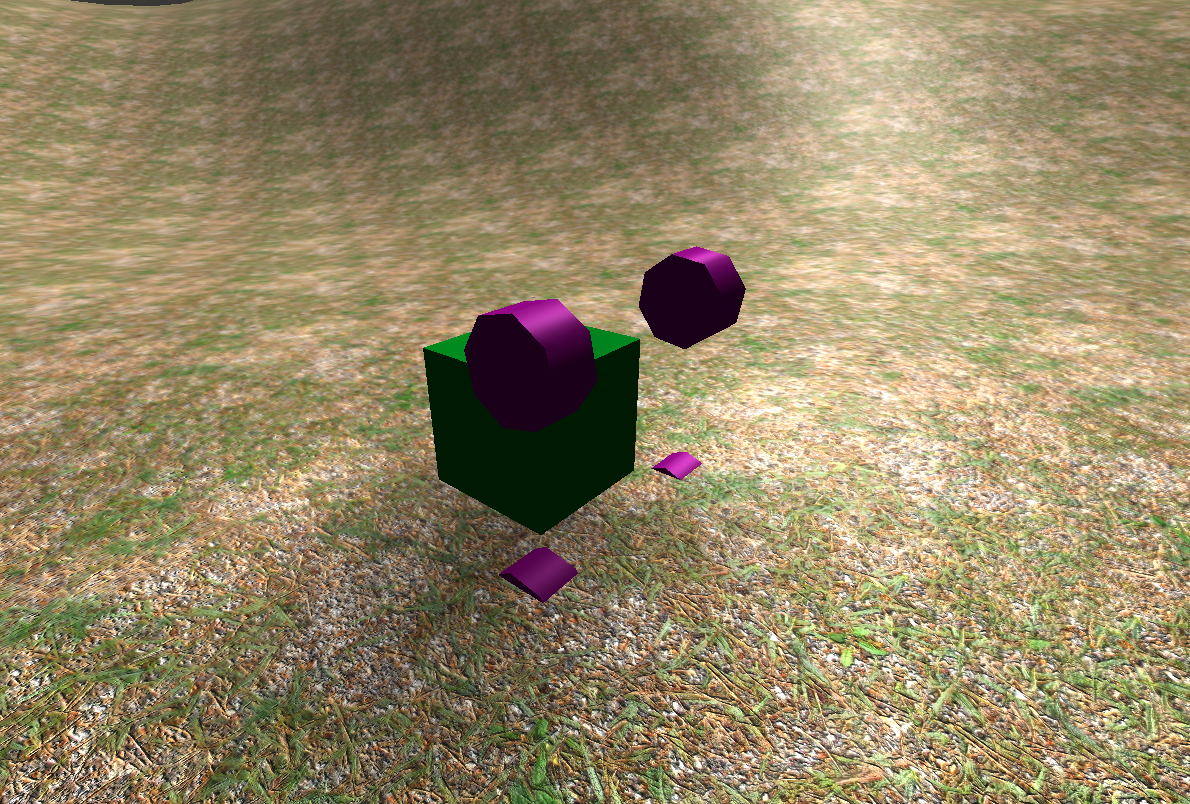 NGL, this seems to be an accurate representation of what the Mars Rovers will being doing secretly out there...

@Grifano Where did you learn that? You can use any many <h1>s as you need. There is no limit to how many of an element you can use on a page. In this case, it makes it easier to create big text. This is just like saying <div>s can only be used ten times, lol 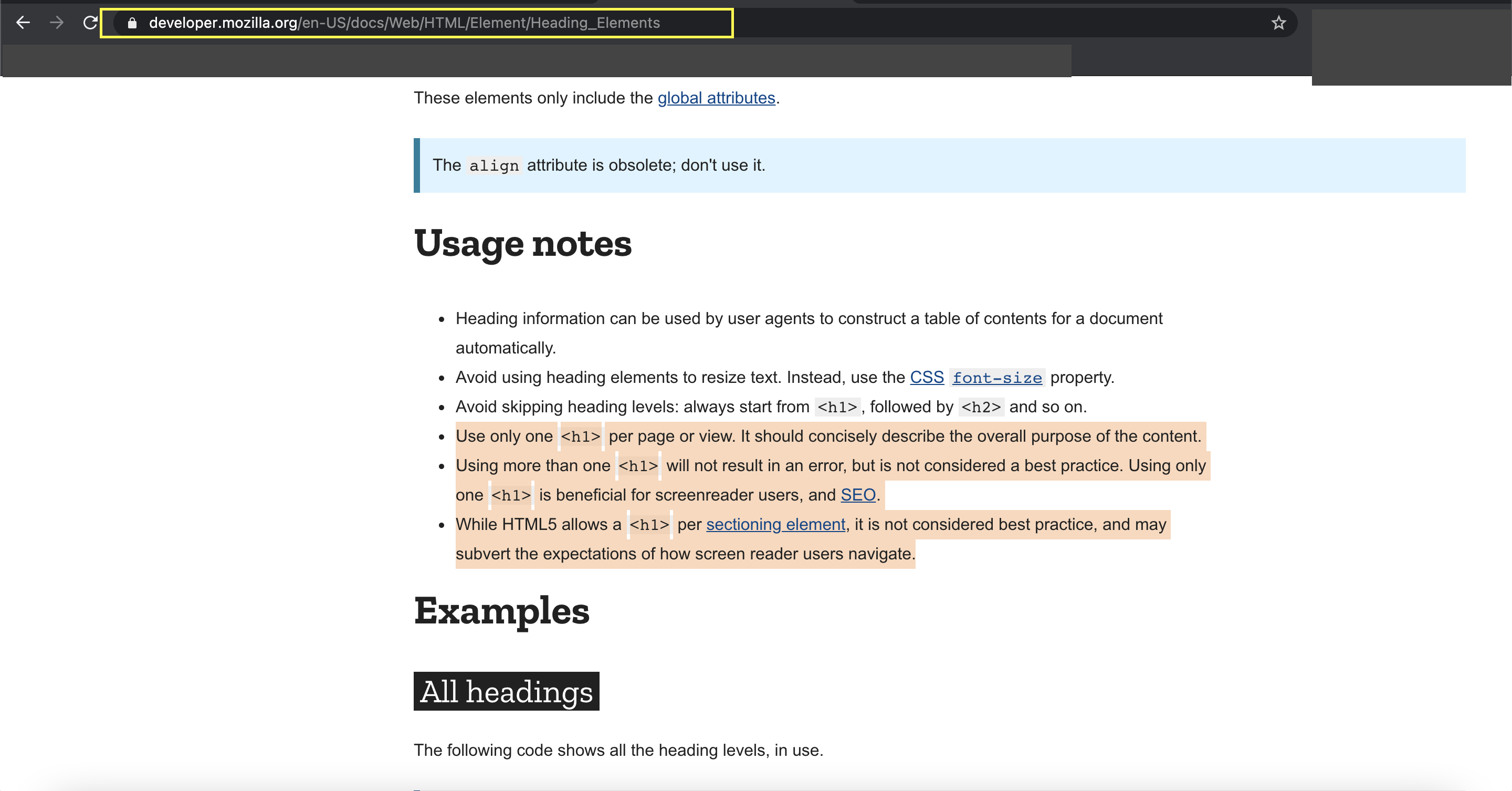 @Grifano Not good practice, not that anything will break

Yes. Another problem is with SEO optimization but this should be fine. I usually do h6s with a class of h1 wich
looks excactly like and h1, but does not act like one. Im not excactly sure that a screenready would work with this site tho, its all [email protected]

@tussiez Well you can use more than one html tag too:

@tussiez Lol, the empty Repl has it's head in it's body.

@xxpertHacker Chrome does this automatically iirc, so I decided to

@tussiez Wdym Chrome does this automatically?

@xxpertHacker Put <head> outside of <body> and look in Inspect

But even if Chromium did it, you wouldn't be considering other browsers, such as Firefox, or Safari :/

@xxpertHacker No idea, it was just a habit I developed after seeing Chrome put it in(???) somehow

@tussiez Well, this is the only reason why Ace is a good thing to use.

ahh yes. the real secret to getting higher up on search engine results. @firefish

@tussiez Of course! If you want more please contact me for more games. If you want directions to make awesome/new games ask me too.. Thanks a lot:) 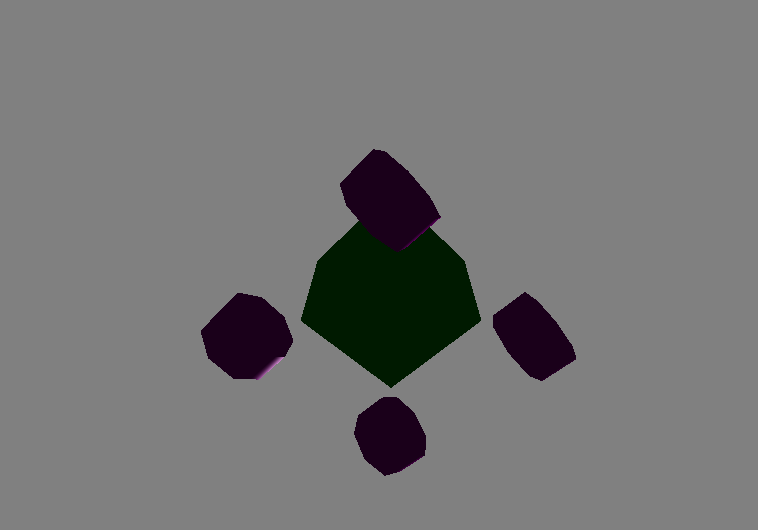 @tussiez Space would be better for break (it's more well known), as well as shift for the boost.

Vehicle simulator has the above mentioned keybindings for their game.

wanna work on sortacraft? (IK it's a bad post to ask on but whatever)

@Baconman321
1. Meh, it's just a demo, this can be easily changed (or become an option!) in the future 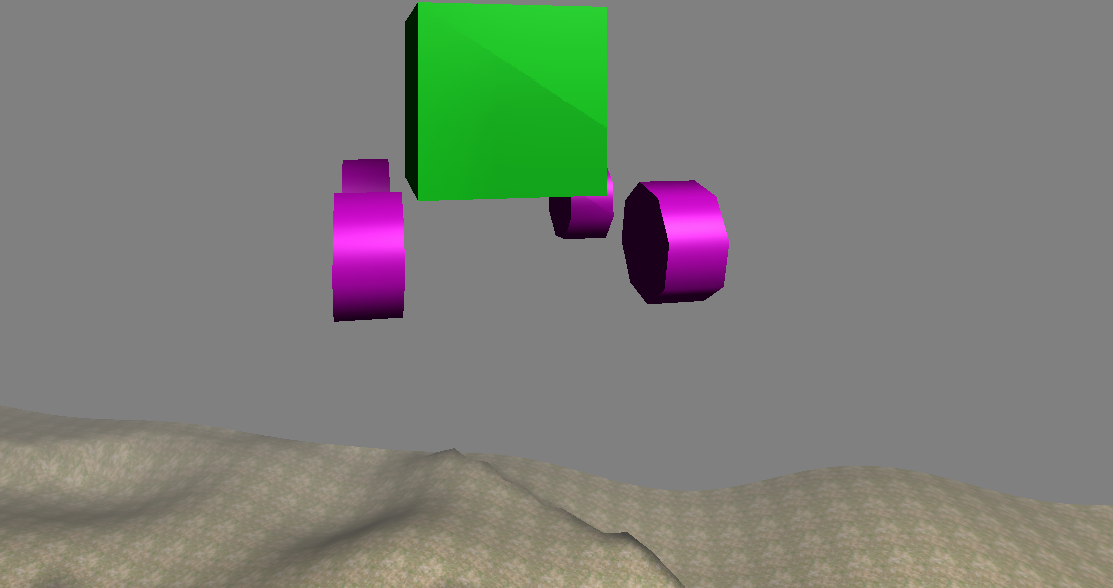 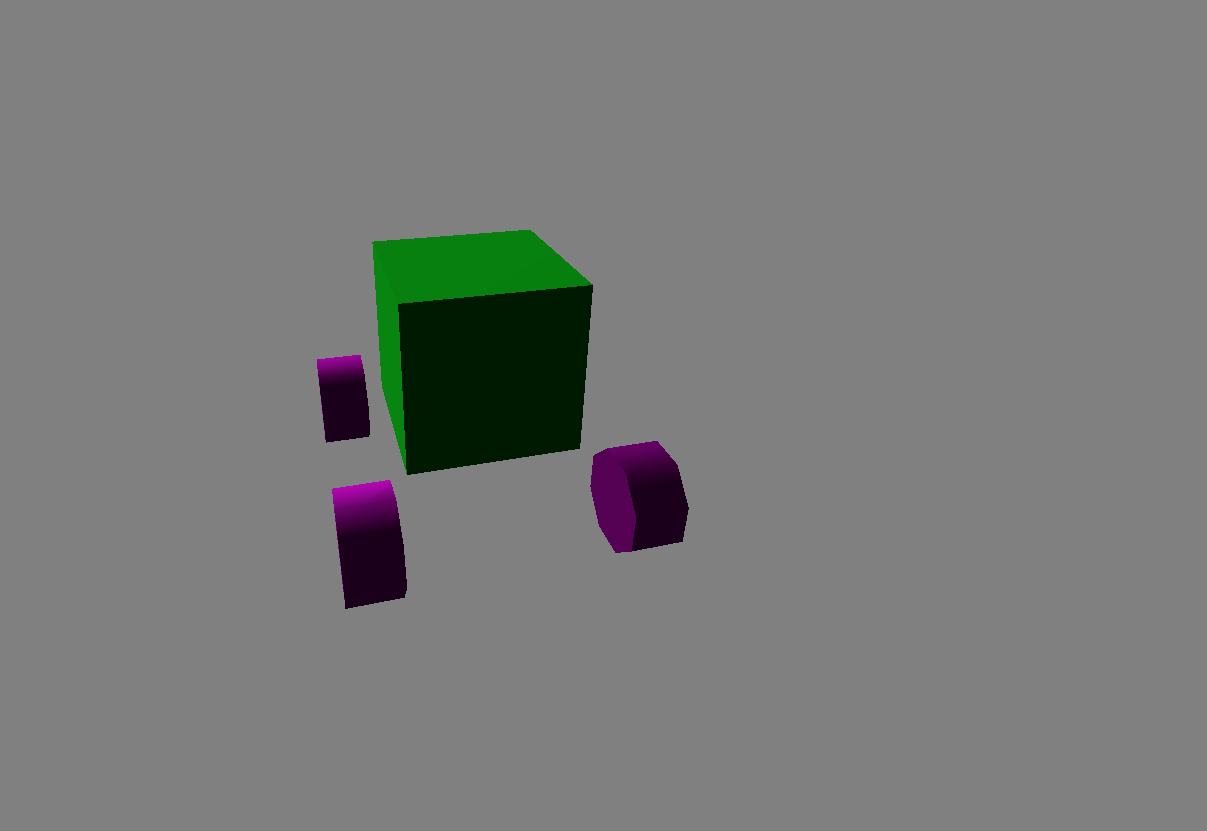 This reminds me of robocraft back when it was good. also, why are the brakes on the front wheel instead of the back?

if you spam v after you drive off the edge and spawn again then you can slowly glitch upwards.

the 3d grass is actually amazing, with the light reflection it looks so good and the car suspensions arer also great for having fun. grate work !!! 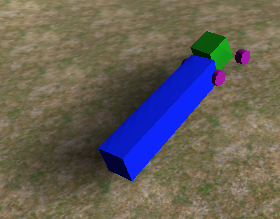 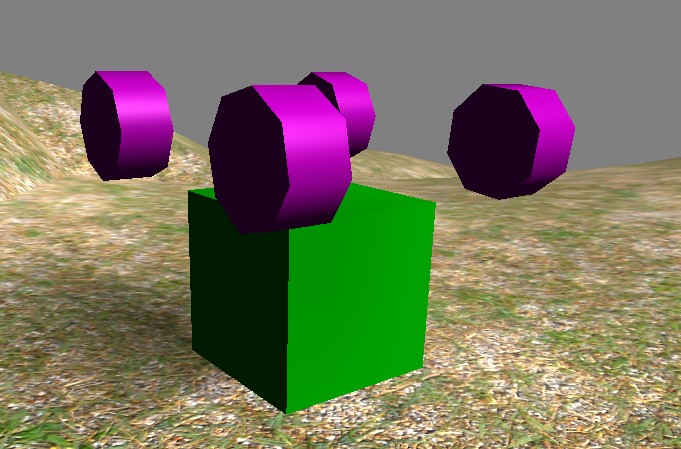 @LaneMartin I know, it's just funny...

Dang it, you cant drift... It flips your car.

ARROW SUPPORT PLEASE!!!! WSAD IS SOOOOOOOOO HARD FOR ME!!!!!!

What @firefish ? Does that mean

@Wilke000 you saw nothing

@firefish has been ejected (Imposter)

This is really cool hope to see a full version

@eleazarfolabit Yeah, working on it rn!

can you make the turbo 4wd so i don't flip everytime i turbo? It's so hard to control lmao

@XxMustardCatxX Drivetrain seems to be locked into just two-wheel drive, this is a missing Bullet feature.
https://pybullet.org/Bullet/phpBB3/

hold v and you can fly :D

you can fly by holding v(you only move up but not in any other direction :D