More about python. Its features, advantages and limitations.

Hello friends, hope you guys are doing well, myself Surjeet Pradhan I'm a student of 11th standard, and I'm back again with something new.
So, friends I've came here just to share my knowledge and nothing else.

Python is an interactive, interpreted language with simple syntax. It has become an increasingly popular because of its salient features which are listed below: 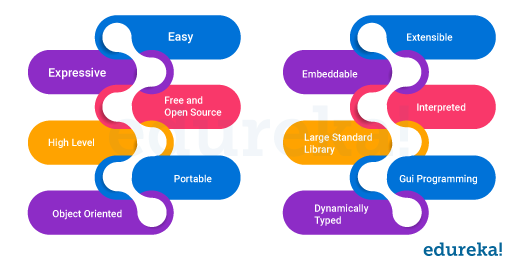 -> Python is interpreted, interactive, directly executed, with pre-compiled code. This means that it is processed at runtime by the interpreter and we need not comile the program before executing it.

-> It is a loosely typed Object-Oriented Programming Language with few keywords (reserved words) and simple English-like structure, and is easy to learn.

-> It is a free open-source and portable language having a large repository of libraries.

-> It takes less time to develop as Python programs are typically 3-5 times shorter than equivalent Java programs. This is because of its built-in high-level data types and its dynamic typing.

-> It is extensible/extendable and highly efficient as there is no wastage of time in declaring the types of variables or arguments.

-> It is easily compatible with other languages like C, C++, Core, Java, etc.

-> Python is used for both scientific and non-scientific programming.

Apart from the above salient features, Python offers the following advantages: 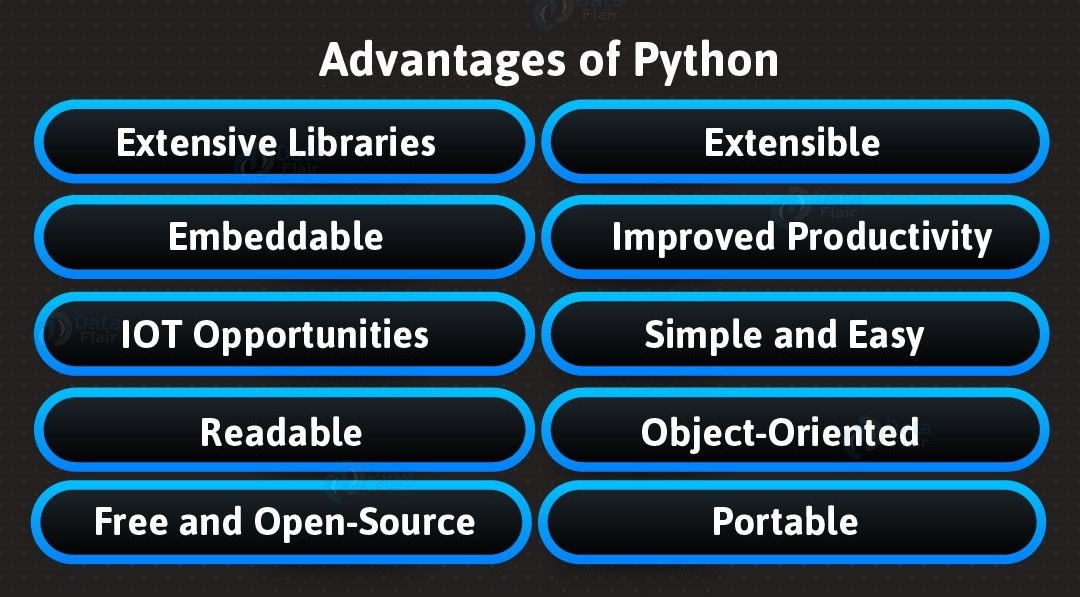 (a) Platform-Independent: It is platform-independent and can run across like Windows, Linux/Unix, Mac OS X and other operating systems.

(b) Readability: Python programs use clear, simple, concise and English-like instructions that are easy to read and understand even by non-programmers or people with no substantial programming background.

(d) Higher Productivity: Since Python is a simple language with small codes and extensive libraries, it offers higher productivity to programmers than languages like C++ and Java.So, you write less and get more done.

(e) Less Learning Time: Because of a simple and shorter code, lesser time is required to understand and learn Python programming.

(f) GUI Programming: Python supports GUI applications that can be created and ported to many system calls, libraries and windows system such as Windows MFC (Microsoft Foundation Class Library), Macintosh and the X Window system of Unix.

Apart from several advantages that Python offers which make it one of the most popular programming languages, it has a few limitations as well. 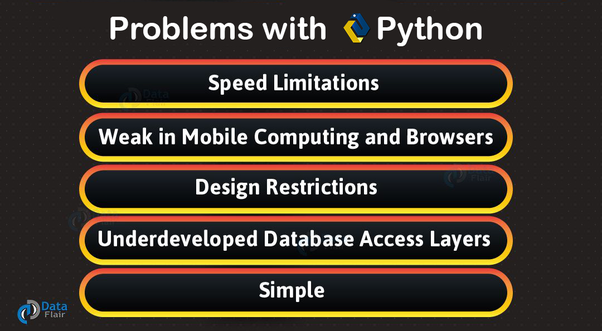 (a) Speed: Python is slower than C or C++. However, Python is a high-level language unlike C or C++; it's not closer to hardware.

(c) Memory Consumption: Python is not a good choice for memory-intensive tasks. Due to the flexibility of the data types, Python's memory consumption is also high.

(e) Runtime Errors: Python programmers have cited several issues with the design of the language. Because the language is dynamically typed, it requires more testing and has errors that only show up at runtime.

Hope you guys liked my blog, please don't forget to vote and comment below.

Guys, please stay connected with me because within a few days I'll be starting tutorials of Python language. The Title of the tutorial blogs will be "Learning Python with learner".

Thanks to all
regards
@setsurjeet

no thank you for making this lol