It's been an awesome year for our community! I had some fun looking at the data and reflecting on our community, and I'd like to share some of the stuff I found interesting.

In Feb 2018 we released the first version of our hosting platform. At first it worked only for static html projects. In March of 2018 we released our beta version of dynamic web server hosting. Since then you, our lovely replers, went to work making websites and apps. In 2019 we saw some of our first viral apps and big hits.

It might not come as a surprise to many of you that our top creator of 2019 is @mat1! Mat has been consistently making things and his influence has continued to grow reaching insane heights at the end of the year. Check out the traffic his apps has garnered: 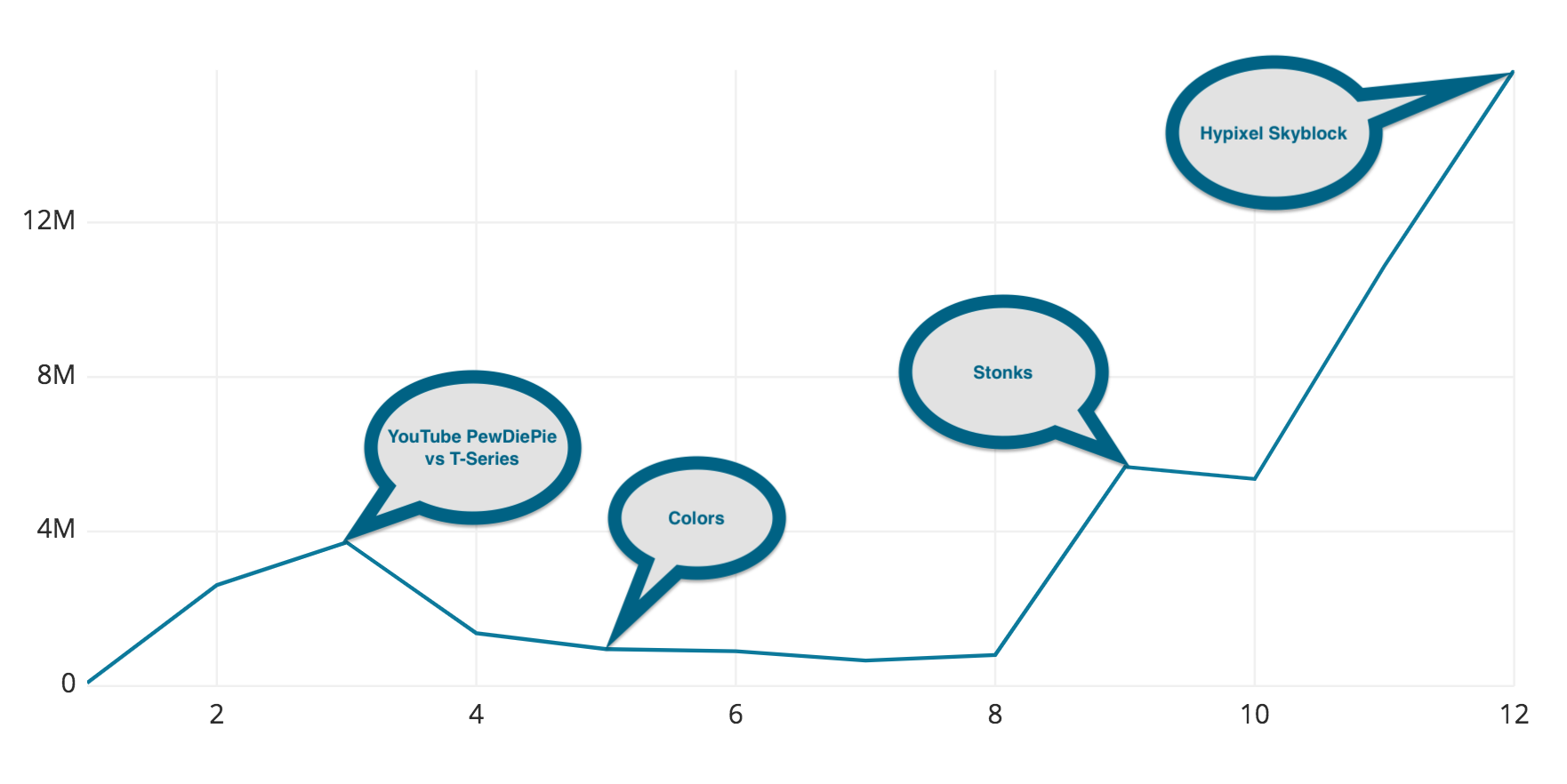 As a thank you to @mat1 for being an awesome creator we're going to build his favorite feature into Repl.it! Whatever he requests from us (within reason) we have to build.

The first ever Repl.it app to go viral was @jajoosam's lyrics.rip! Samarth also had an awesome year making things. Check out his traffic chart: 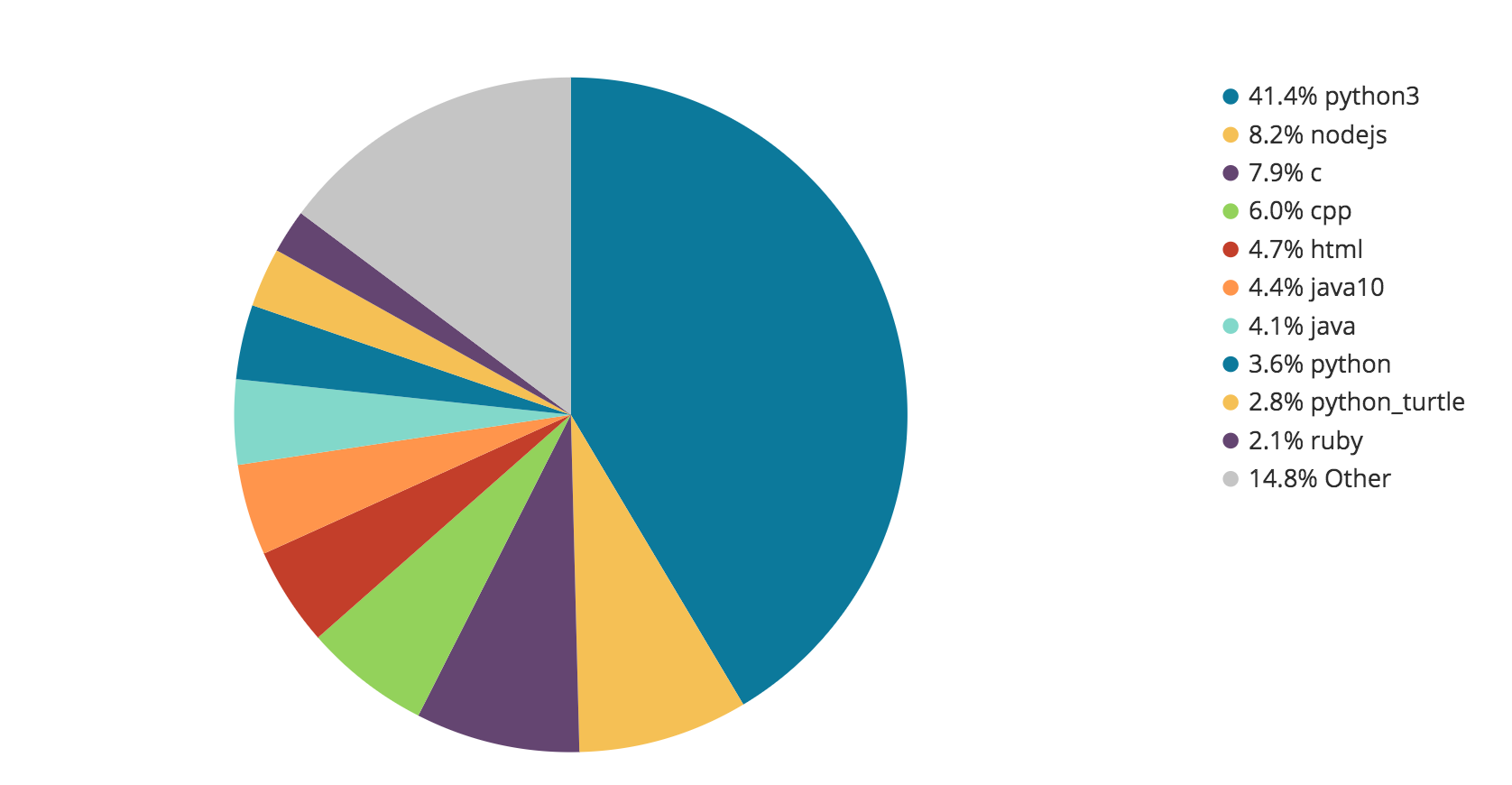 As a thank you to @DJWang for an awesome game we're going to send him some Repl.it swag!

Repl.it is growing really fast and 2020 is bound to be a huge year so start early. Start making and shipping things!

Each repl had 500 lines of code on average

Concerning Repl.it itself, in 2019 we got Multiplayer Mode, UPM, and GitHub support. @amasad what major new features can we expect in 2020?

That's a lot of code.

Maybe I can be on the top creator this year.

@PDanielY Does M mean million in the chart?

Great year, great creators. Thanks for coding with us, fellow replers.