Developer Spotlight - Can you spot him tho?

Welcome to yet another Developer spotlight! This time we have one of the most annoying people from replit discord (only second to someone infamous for sending selfies). That's right, today we have @Spotandjake. Not an interview sadly so we stick to the informational format for today.

Oh and before moving forward, I have a question to ask of you guys. I was planning to alter between devs from the community and the devs that build replit. Let me know your opinions about this in the comments. Whatever is the majority next week, happens (mods won't alter results I promise lol). 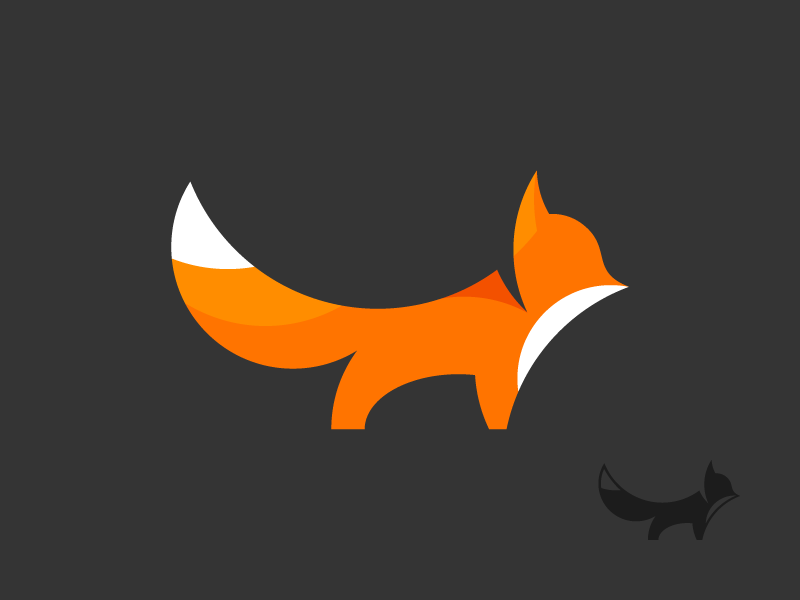 Spotandjake is a 15-year-old developer from Canada.

He likes to create things (obviously), but before programming, it was Lego and circuits but he prefers the simplicity and the endlessness of programming. He says, "You really don't need anything to program whereas with Lego or such you need Lego and I was always running out of pieces. "

He started with python programming after a friend recommended it to him. He soon learned more languages and landed on Nodejs which soon became his favorite and most used language. He has grown to dislike python a lot (proud of it).

He found Replit when he was in school looking for a way to share programs with friends. He used it for a bit not realizing what it was called and soon went back to local development. A little while later he encountered replit again and has used it as his main IDE since as it makes things simple and the fact that he can move between languages and computers and environments without losing his code has helped a lot while he learns more and more stuff.

He prefers programming for fun (don't we all though) and to learn which doesn't usually leave him with a lot of things. He also likes the program he is working on at the moment. It is a server-less discord alternative made with react and Firebase.

Although he has also worked on many other fun things over the years, Replit desktop was another one of those.

His inspiration for my programs is - whatever he finds most interesting on the day. He starts working on it and what he feels he will learn from most becomes what he prefers to work on.

He hopes to move to golang soon. He says he has had some experience with it but he would like to move to it fully. He is also interested in playing around with OS development in rust as well and spamming my DMs on discord. He is also known for saying lol a lot currently and has sent lol in over 20k messages on the discord (most of which were him unnecessarily pinging the replit team.)

He likes to play Minecraft, watch Minecraft, a little engineering, and basically has no life besides that. His base (on the official replit Minecraft server) below

And his message to all of you guys is... dramatic drum rolls

And that's it for this week's developer spotlight! If you want to be featured in one of these yourself, be sure to post awesome stuff on repl talk and keep an eye out on your discord DMs and e-mail inbox!
Also, if you have any feedback for the spotlights, be sure to put them in the comments section. Any constructive feedback is always appreciated and be sure to answer the question I asked in the beginning.

@JackFly26 no lol if lol they lol tried lol they lol would lol probably lol be lol reported lol for lol spam lol, lol (not spam)

@TheH4ck3r they have to all be on the same line :( that prints a new line

Do tell who the person who is 'infamous for sending selfies' and who happens to be the most annoying to you is, Harmeet.

@bramley you know it's you Anthony.

@Spotandjake
1. know*
2. Cookie is never annoying to me... IDK what you're on about. Bram is first and you're 2nd

@TheDrone7 cookie anoying in general lol. he hops into convos and spams lol

@Spotandjake YOU JUST REMINDED ME OF THE DARK AGE WHEN COOKIE WOULD DELIBERATELY SPAM TO GET MUTED BY DYNO. 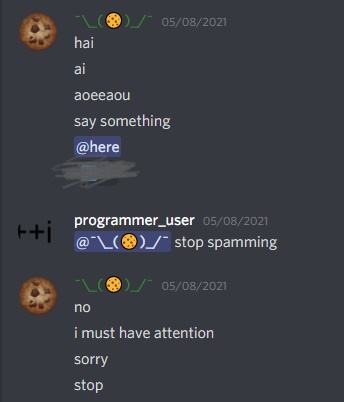 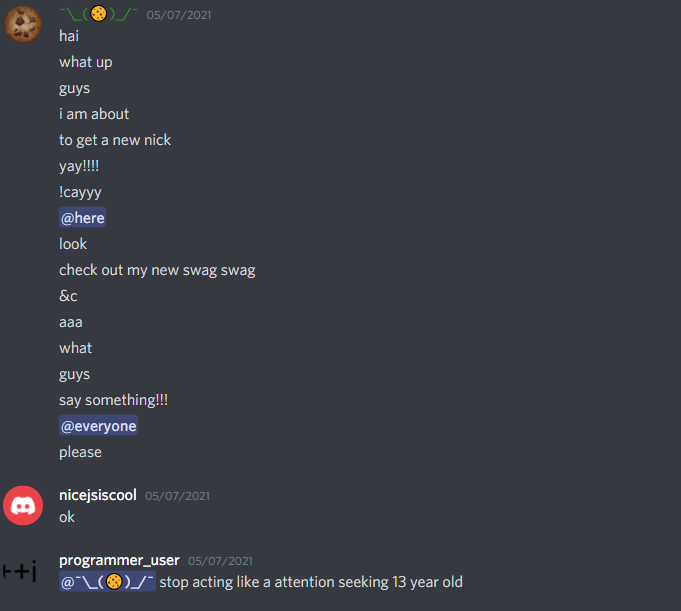 @TheDrone7 lol. he spams anyways go into discord and look at his last messages lol they make no sense

@programmeruser Added the "to me" part for a reason xD.

@Coder100 that's you on discord

@Aphmeta Did not know that.

@FlaminHotValdez :D glad to enlighten u

oh is there a Minecraft server for Replit? KEWL!
can I join the server? but I don't have discord so... yea

@zplusfour the server IP is mc.repl.game. You would need to provide your username for us to whitelist however. 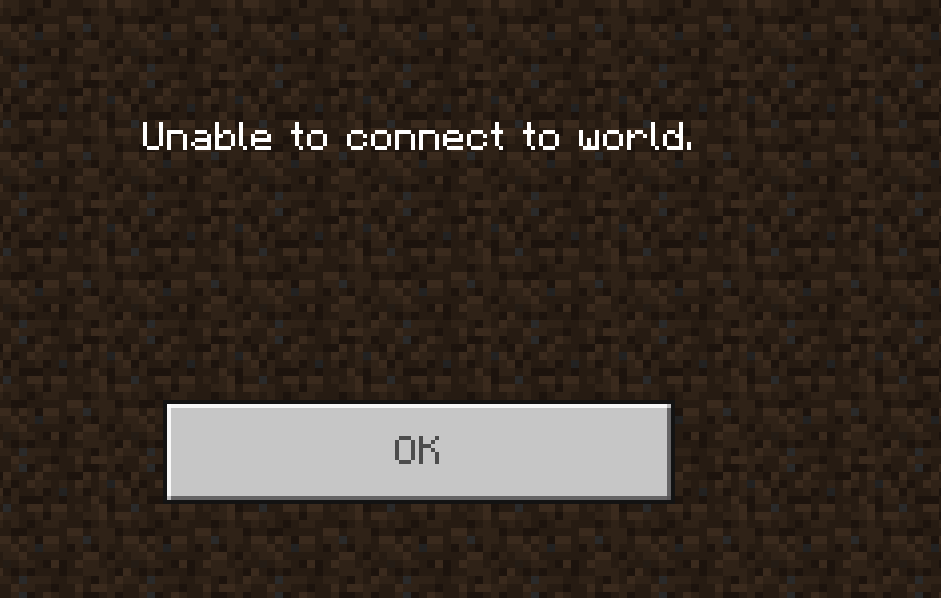 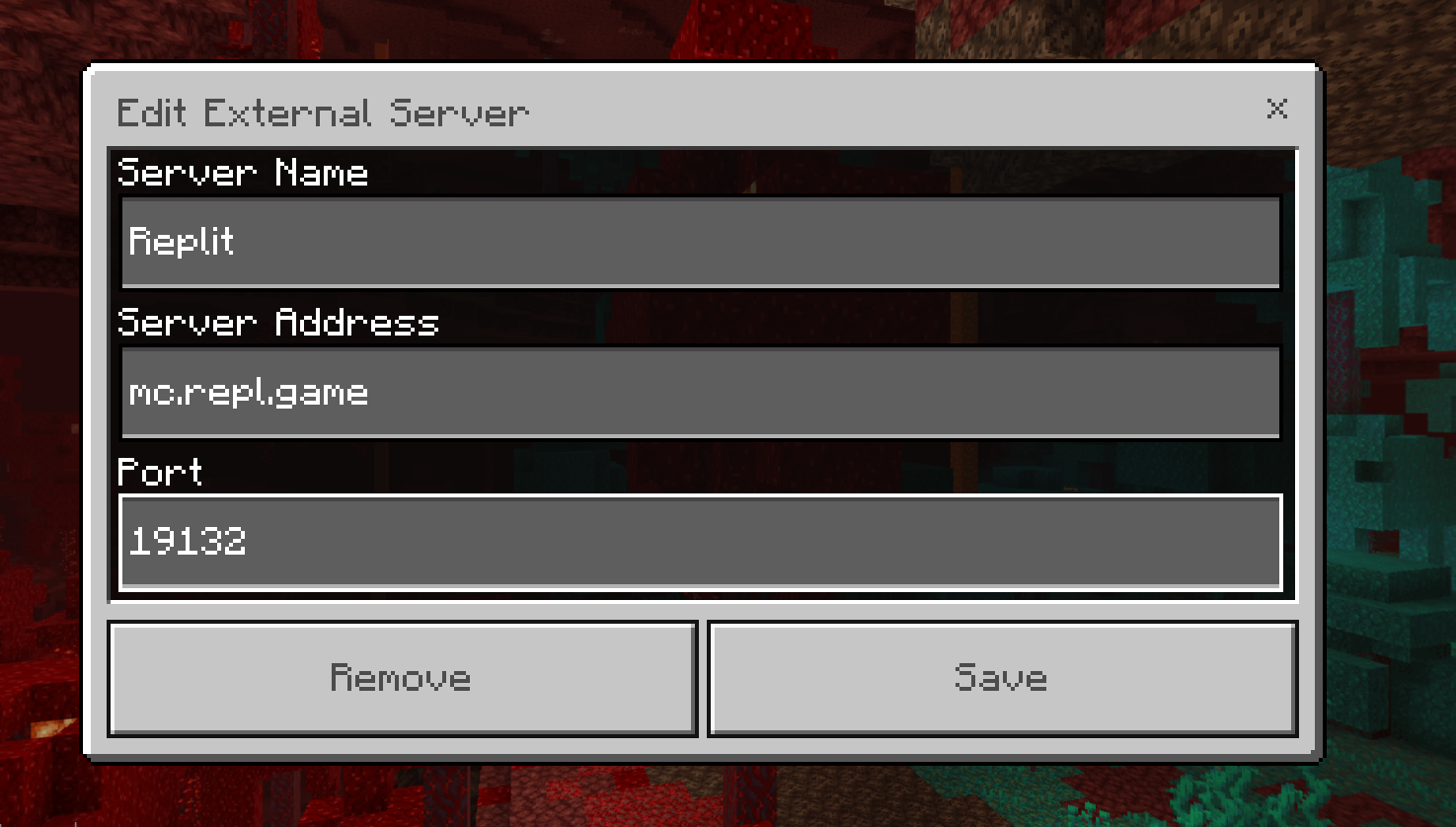 @zplusfour Java only srry but java is way better lol

@FlaminHotValdez lol legacy console is actually my favourite lol. bedrock is bad though it has way to many bugs in my opinion

@TheDrone7 Hey I know this thread is old but can you whitelist me my username is TheIntellectual. Also I use java

BOW DOWN TO THE TIMCHEN

forgot about something called lol

@Coder100 didn't forget, I just wanted to see everyone comment about it instead.

lol I like minecraft too but my parents are like nuh uh are we paying for games and so I play roblox minecraft and World//Zero which I am a lvl 35 dual wielder with a fully grown owl, crocodile thing and fox

@GhostKing007 that's illegal and thus, you cannot talk about it here.

@TheDrone7 okay sry. btw is there a way to like get an email every time an announcement is posted?

can I join the minecraft server?

I see myself on that neofox screenshot, im only partially visible tho

Unbelievable that you extracted an entire quote out of him without a single lol, gg

@Lord_Poseidon The trick is control lol

@Lord_Poseidon I still have a few tricks up my sleeve.

@TheDrone7 I think devs from community is a bit better as we usually know them more, but devs who build replit could also be interesting :)

@Bookie0 as I said, the plan is to alter among them, once a community person, once a team member, thoughts on that?

@TheDrone7 hm alright, that sounds cool, it could also introduce some new members of the team :)

hey, good job getting the dev spotlight you wanted! @Spotandjake

@Whippingdot thankyou. lol, and I didn't care that much lol I just like bugging @TheDrone7 ;p it is fun lol. now I need to find something else to bug him about

ima join the discord and discord in overall in like 4 months (I can't tell you the real reason y I can't join yet but u can guess). When that happens, I will try my best to irritate all of you and take that throne (though I doubt my dad will let me use discord that often. he will probs ban me once a week for something I did by mistake 😁) @Spotandjake

@FlaminHotValdez trying to take a break from it too tbh. I found myself on it way to much and it was hurting my development efficiency. Replits biggest competitor is their own discord lmao.

sadly. For the first week or two I will let myself roam around, but after that only 1 hour or 1 hour 30 mins on it @PyCoder01