Here's a quick tutorial on how to get a Phoenix server up and running on Replit.

Phoenix is a web development framework in Elixir (similar to Django for Python or Rails for Ruby).
Let's get started with a new Elixir repl - I'm calling this 'FirstPhoenix'.

3 - Create a new Phoenix server (without any static assets or a database):

Node.js is an optional dependency for Phoenix required for compiling static assets(CSS, javascript). For starters, we will create a server that does not require Node.js to be installed. We pass the --no-webpack for this.

We're also not adding support for any databases (such as PostgreSQL) at the moment and will use the --no-ecto flag while creating the server. 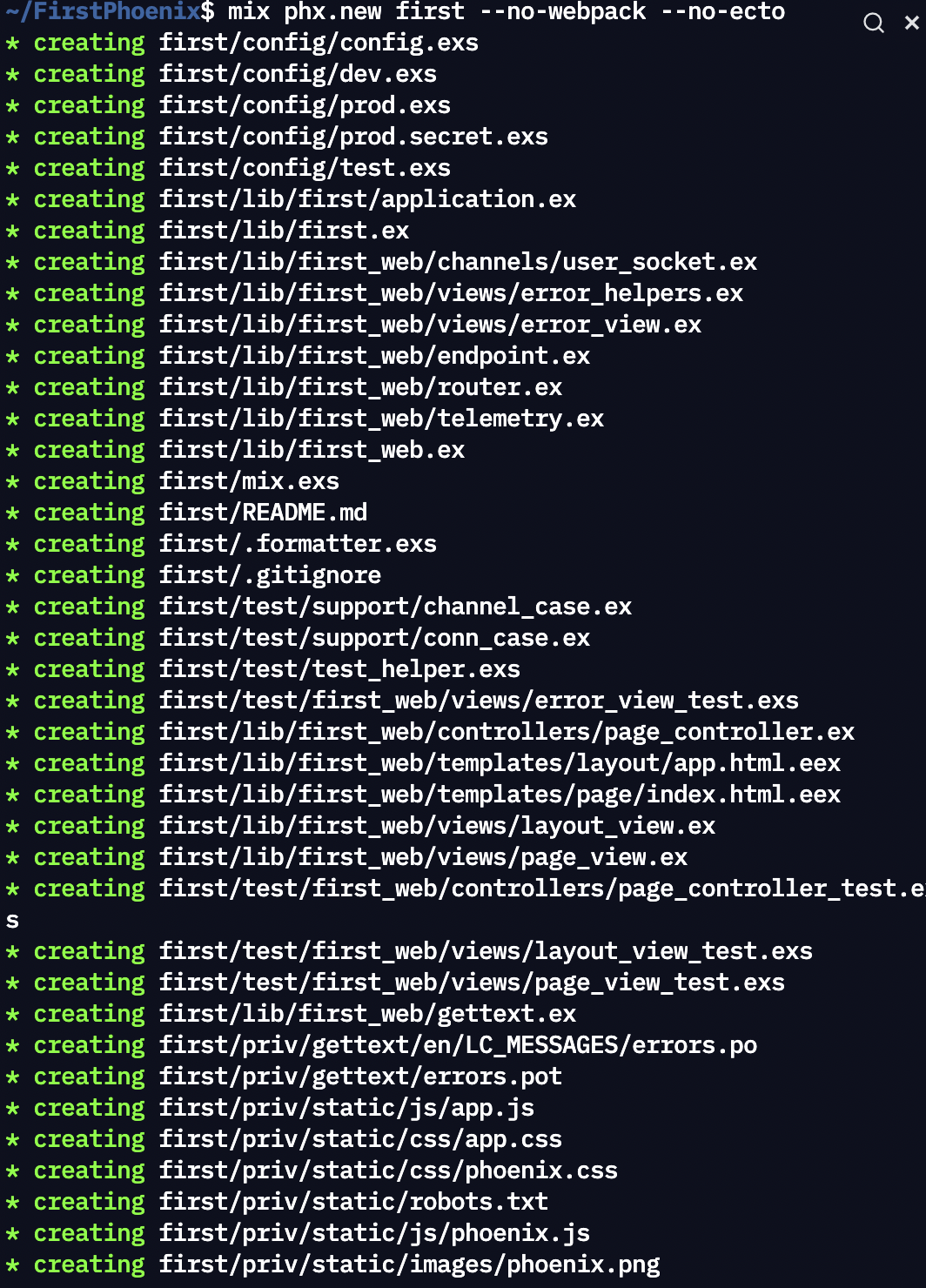 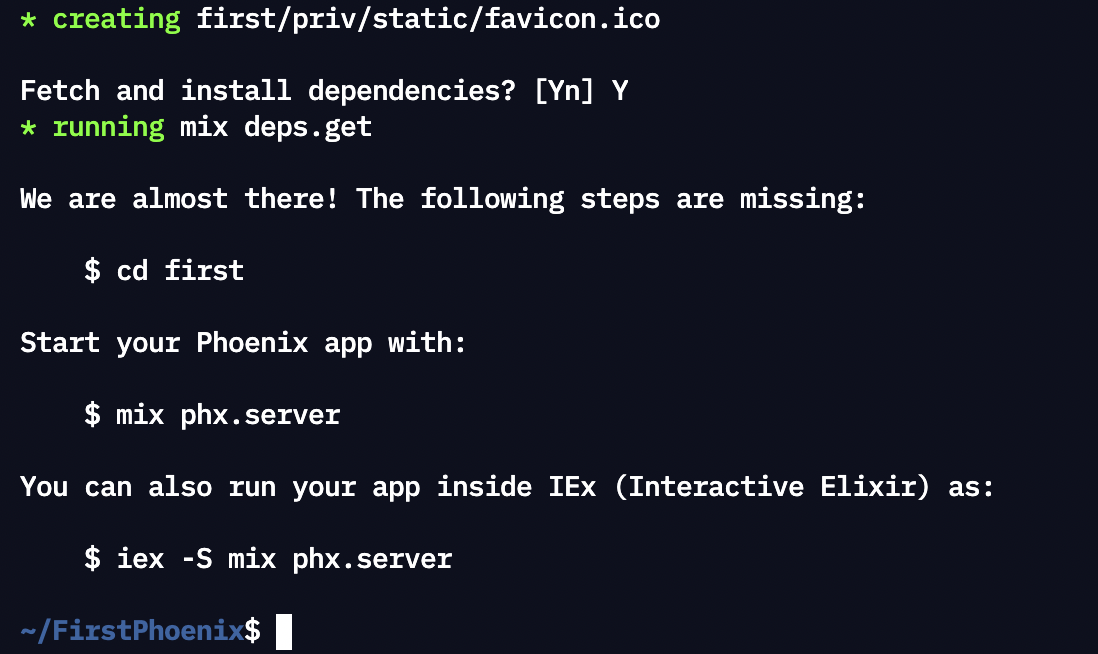 There's one more task before we get the server up and running. Go to the server directory using cd first and start the server using mix phx.server. You get an error!

We need to install inotify-tools. (You can find the github repo here )

(You may need to use ctrl+C to get the shell prompt).

Go back to the parent directory with cd ... In the shell, type install-pkg git+git://github.com/inotify-tools/inotify-tools.git. 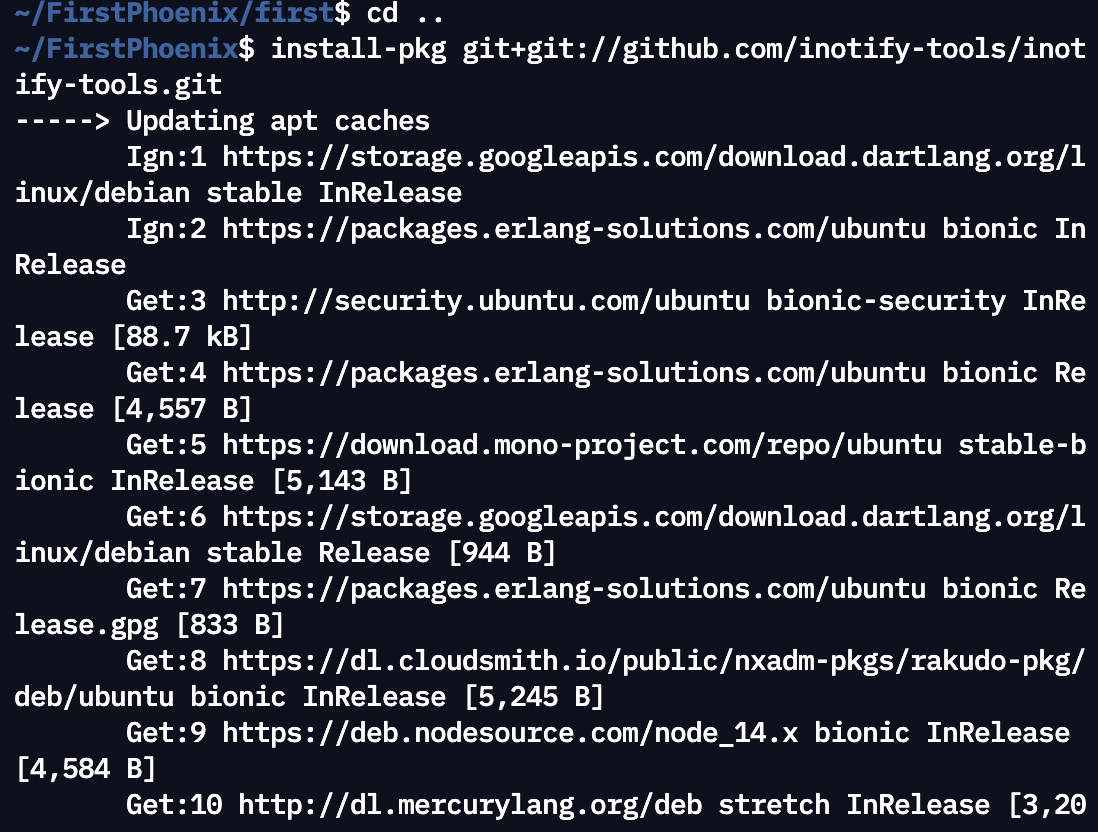 Go to your server directory with cd first and then run iex -S mix phx.server 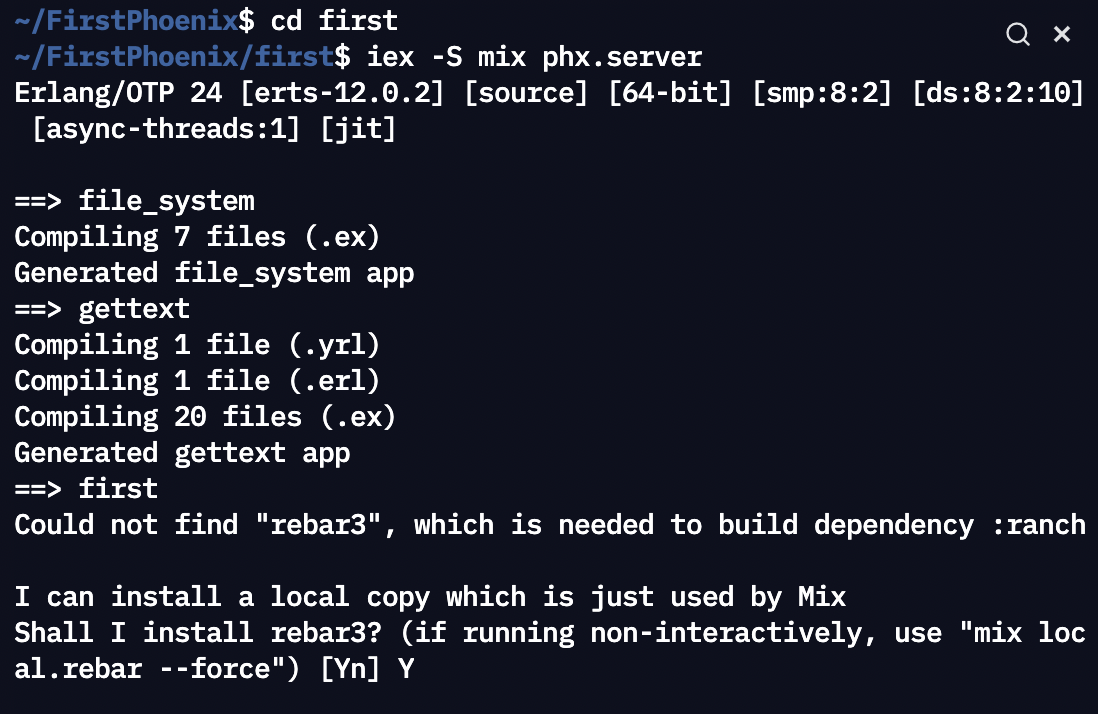 You will be asked if you want to install rebar3. Type 'Y'.
You should see the server running after a few seconds.

If you don't see the Phoenix page in the Viewer panel, click on 'Open in a new tab' 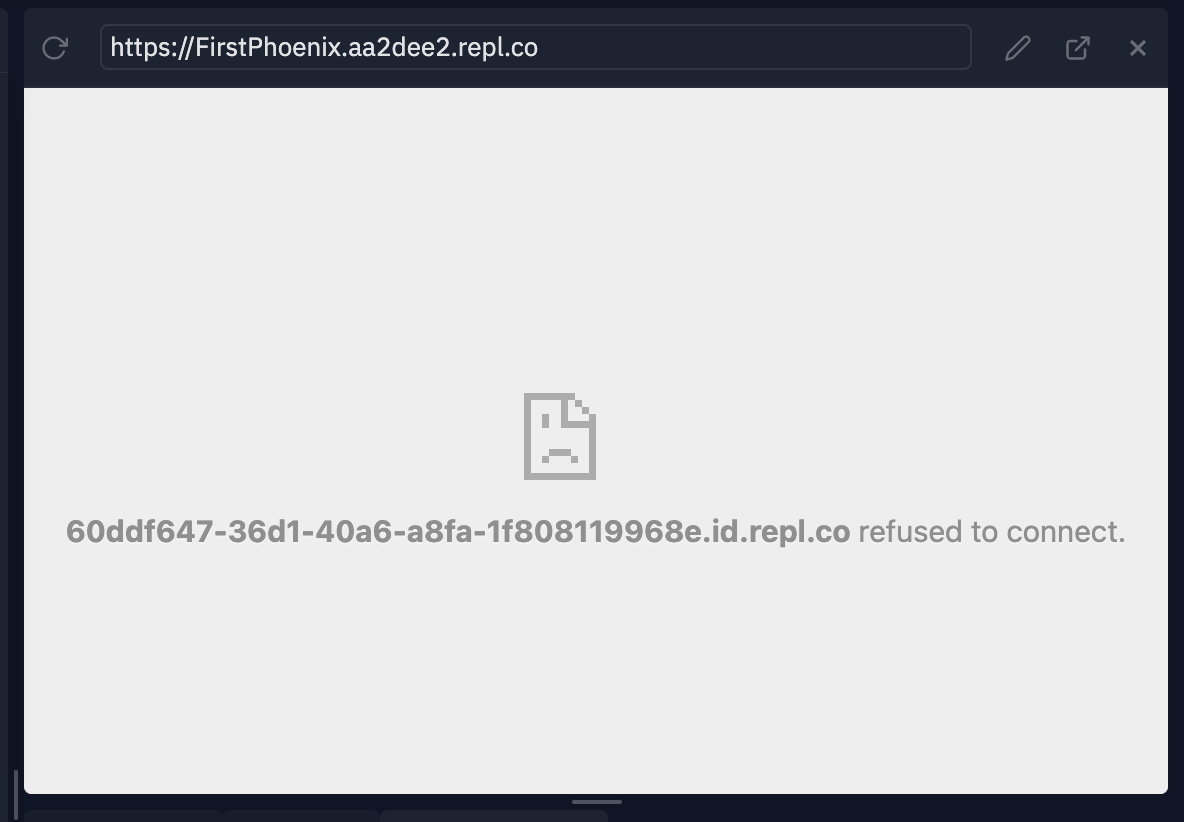 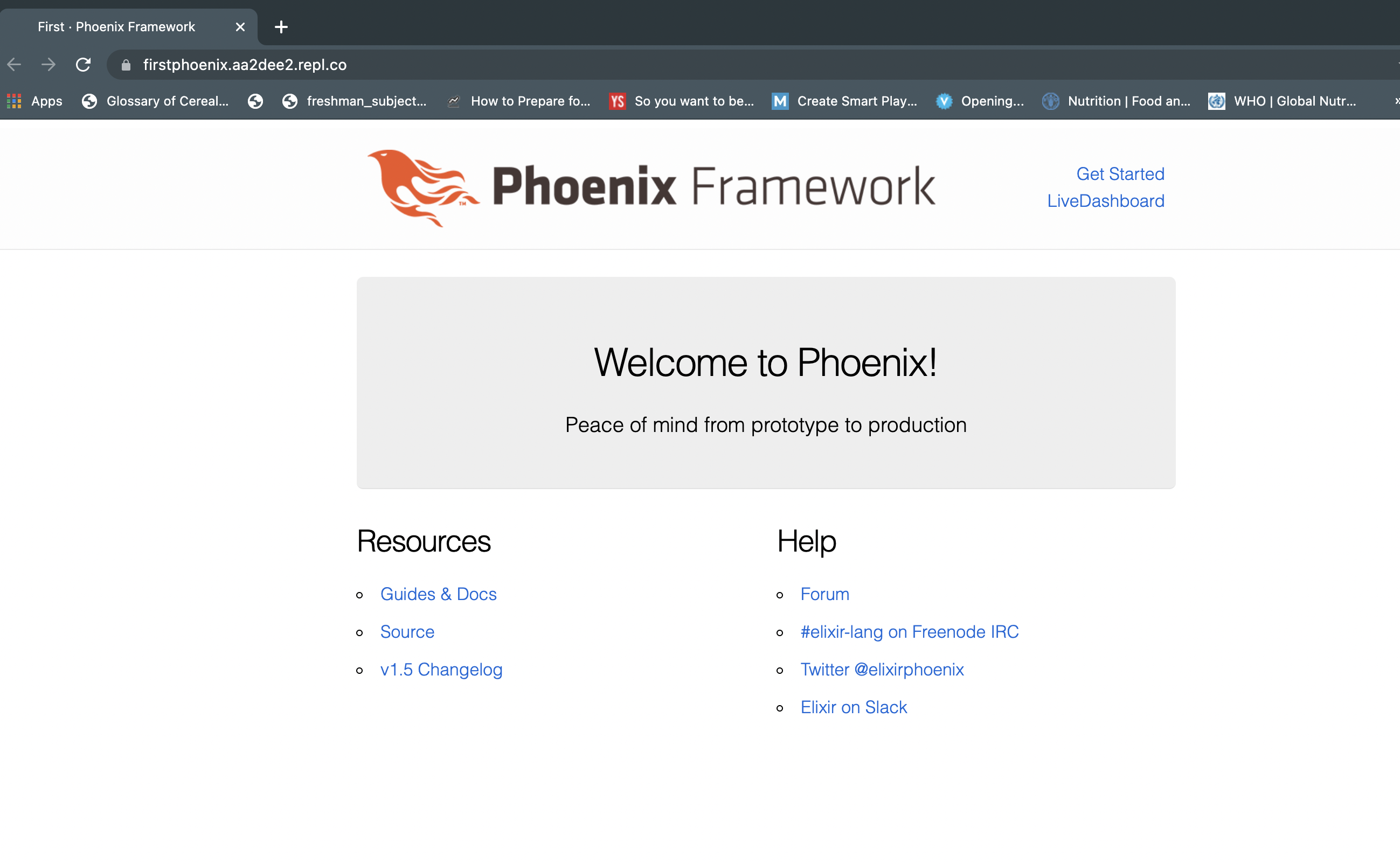 Since we started the server with 'iex -S mix', you can use iex commands and functions in the shell, as you would in any other iex session.

If you're starting out as a beginner in Elixir and/or Functional Programming, check out the following tutorials: