This is the classic game of pac-man. You should know how this works but just incase:

use wasd to move, space to pause, l to toggle lives, m to toggle sound (off by default because I know some of you are incognito somewhere playing this)

He is called shadow because he is always behind you! this ghost will make it so you basically can't ever turn around. he's always around the corner and he is always angry.

she's called speedy because she is always one step ahead! Anytime you make a turn you can count on pinky being there. When she isn't in front of pacman she isn't ever far behind.

He's called bashful because this ones a little shy. He just needs a little encouragement from blinky to get going. despite the fact that he kills pacman on touch, he's still a little afraid. He always tries to work up the courage but he can't go near pacman without his buddy blinky. He just can't seem to do it.

He is called pokey because... well... okay lets just say it, he is stupid. He does his best but he rarely ever attacks pacman directly. usually going up and running away. He doesn't seem to understand that the objective is to kill pacman...

Make sure to post your highest scores in the comments. Have a nice day, and more importantly have fun!

This is awesome! I really like how you programmed the actual ghosts' AI into this!

I'm super glad you liked it! And also yea... I couldn't leave their personalities out of it... it just wouldn't be the same. @DynamicSquid 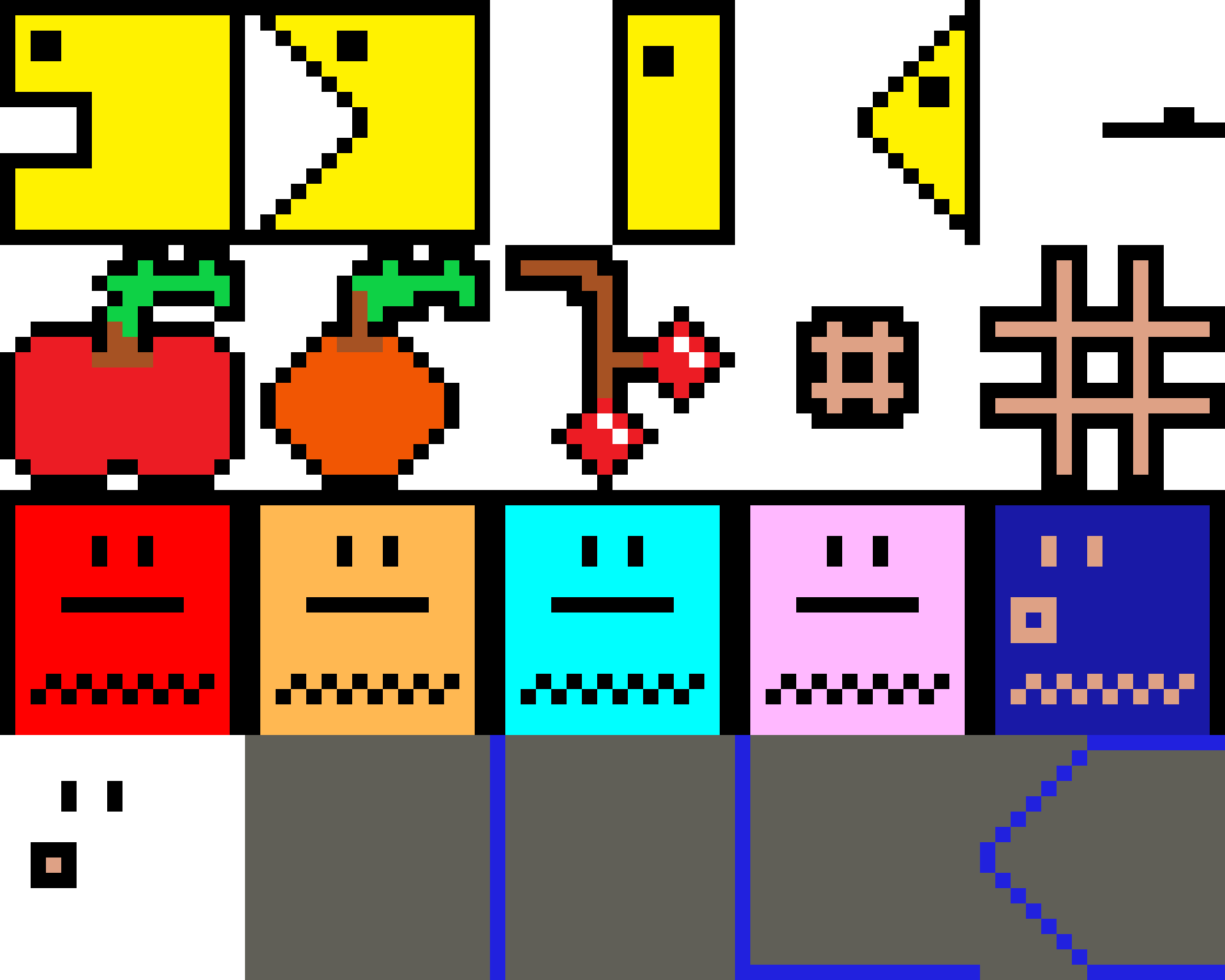 interesting, I might fork the project and make a version with sprites, just as soon as i figure out how to do that with b5js @firefish