Python Interpreter But With A Twist

I think that's all I have to say. 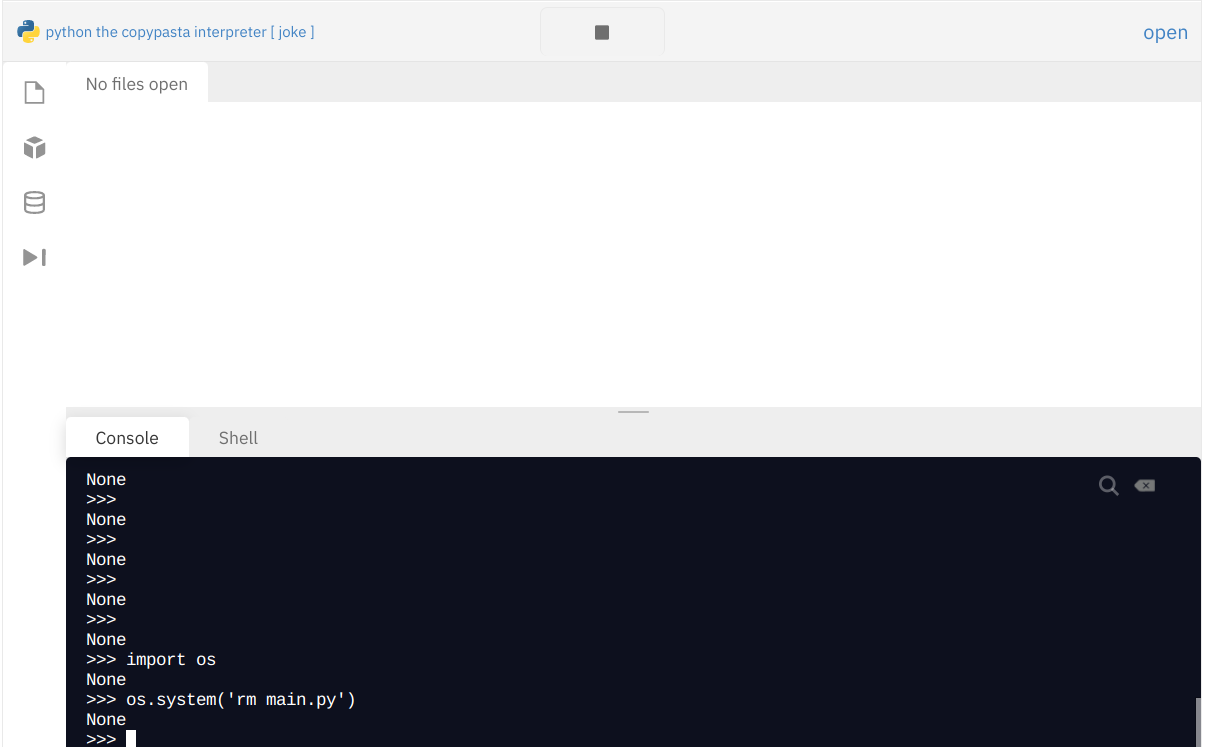 I didn't expect it to work

thx for reminding me about this post xD @TommyVictory 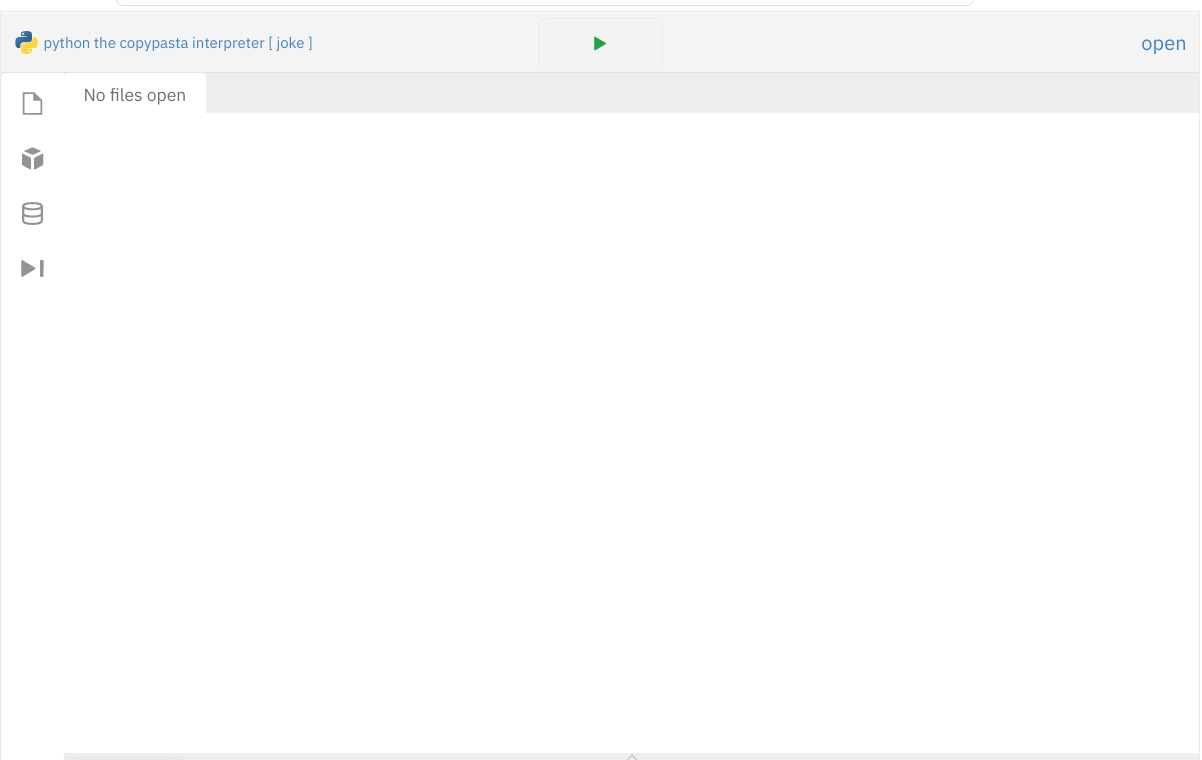 TBH, I was scared at first 'cause of the warning. Python sure can trash talk...

Your Crazy
You know, that thing actually scared me.

Sounds like Bill when someone wants to use Chrome, not Edge.

he didnt get mad at this...

what does he mean? 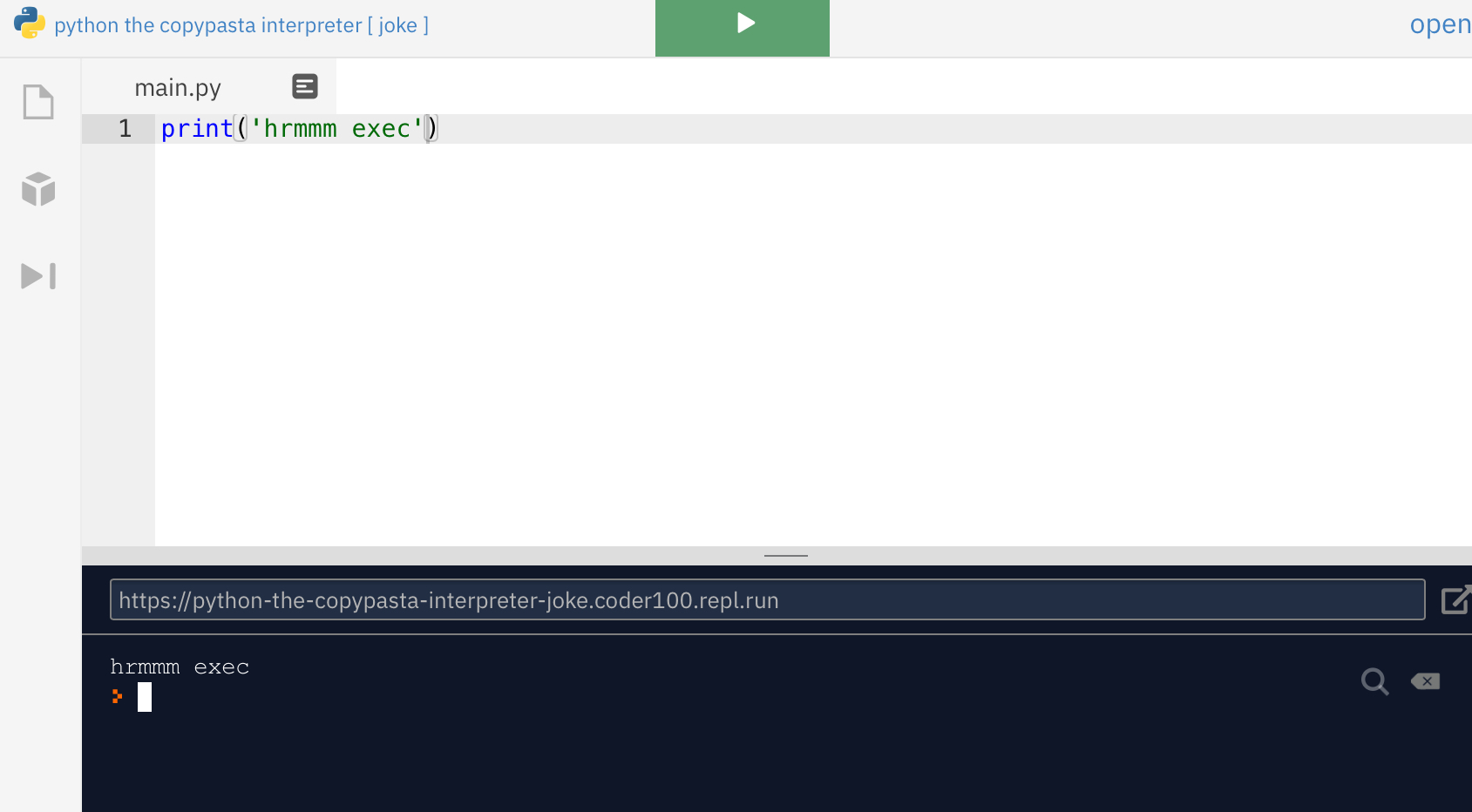 And my thing is exploiting bugs for fun results.

I was browsing new and i saw this, its hilarious lol