Full credit for the idea goes to @joshwood for Poe (https://repl.it/talk/challenge/Poe-The-Autonomous-Poet-Major-UI-UpdateCan-now-write-Haikus/10556).

It reads poems and then creates one based on those poems. I'm really proud of it even though it the poems usually don't make total sense, but that's to be expected - I knew it wouldn't be perfect. The code probably sucks but it works so whatever! Please try it out. I screenshotted some examples. 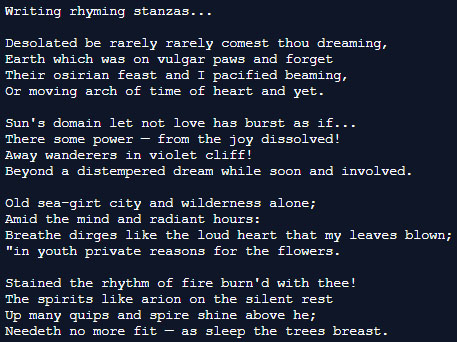 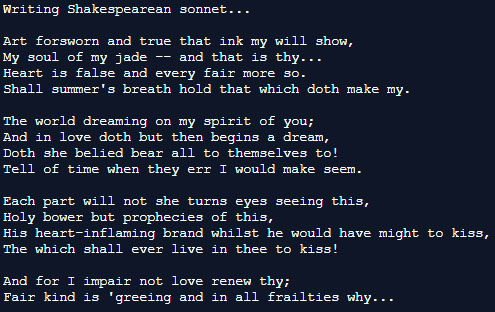 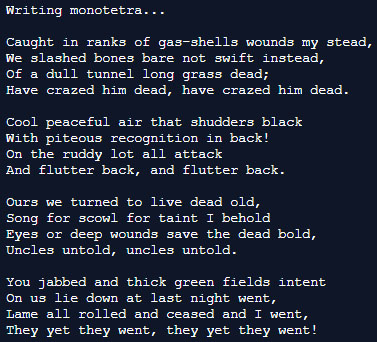 Hope you guys enjoy! All you have to do is pick a poet for it to read through and then choose a poem style to generate. You can train it with multiple poets. Some may take a while, and it takes longer with more poets (this is only really bad at ~5 poets) . If it's taking a while, just wait, it's not because it's crashed (probably?). Let me know if you find any errors though.

I would love if you shared any poems it makes for you!

Would write strange lyre unstrung live and after,
Brief space among the seal is rafter.

Will declare another ‘rise like its-
Changeless purity from spectator fits.

Of their joyous and screaming round his
Morning-winged feet like an atmosphere in is...

Like a quickening life and sweet buds;
Or to sympathy with all wept--as floods.

And glimmering o'er the naked to.
Which from the blast descending and who.

@avibeskrowni umm WOW! thanks for actually using it! how come your poem is so much better than mine??? hope you enjoyed it :)

@AmeliaBlackwell This didn't really make that much sense, but honestly it made me laugh.

"Would write strange lyre unstrung live and after"

I would recommend adding more modern literature, Dr. Suess would be funny

@avibeskrowni Hahaha for some reason that gives me images of a zombie lyre. I think modern literature won't work as well because in old stuff you can get away with the words not making as much sense, because sometimes I and probably other people can't understand it anyway. but of course I'll add it and see what it's like. any other recommendations?

@AmeliaBlackwell and you may see mistakes in them. Actually i am not saying about poems but about plays,coz I dont like to read poem because of my donkey like braying voice which is totally arrhythmic.This may seem funny but true.One such mistake is: 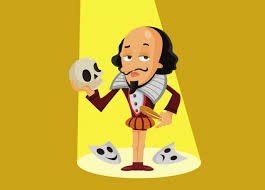 I loved literature the most. By the way, my favorite book is about Beowulf and I even wrote an essay on this topic. It was a little difficult to briefly describe everything in the text. Therefore, I was advised a useful source where I looked at examples of essays. Thanks to this, I was able to describe all the features of this epic hero.