This is a game I wrote not too long ago, but never finished.

Mastermind 2 is an online version of the board game Mastermind.

Here's the game instructions from the page:

Mastermind is a guessing game. The goal is to reveal a combination of colors that the Codemaker creates.

In this game, you are the Codebreaker, the one who finds the combination, and the computer is the Codemaker. There are four positions (0,0,0,0) and there are six possible colors, lime, red, yellow, black, white, and cyan. Colors can be stacked!

To make it easier to guess the code, the Codemaker gives you Hints after each guess. These hints come in four smaller pegs.

To avoid directly giving away the code, the place that each peg is placed in does not matter.

A RED peg indicates that ONE peg in your guess is NOT included in the code, and is NOT in the right position.

A WHITE peg indicates that ONE of your pegs IS a color in the Codemaker's combination, but is NOT in the right position.

An EMPTY/BLACK peg means that you have gotten ONE peg to match a color in the Codemaker's combination, and is in the CORRECT position. You do not need to move or change this peg in subsequent rounds.

This is the entire game. Have fun playing!

Fun Fact: There are 1296 possible combinations, and colors can be repeated! 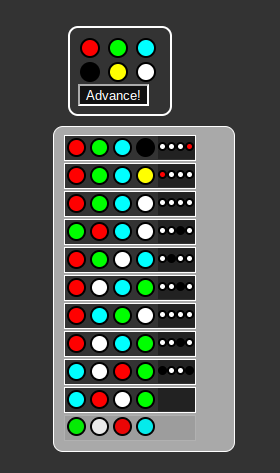 As far as I know, the game logic should be accurate.
However, if you notice any flaws in my code, let me know in the comments! :)

One bug:
fixed, thanks @Sethster1 !
1. The computer treats multiple pegs of the same color as stackable when grading - so for example:
Winning Combination: [BLACK,RED,WHITE,YELLOW] and your input as
[RED, RED, RED, RED] would result in a response of:
BLACK [correct], WHITE, WHITE, WHITE [correct, wrong position]
because technically, the other red pegs are the right color, but in the wrong spot.

OMG THIS IS SOOO COOL. I'VE NEVER SEEN A GAME LIKE THIS OMG SOO FUN

@daddie never seen a game like this? cough 1970's board game

@FraserNeilson They are placed in random order to make the game more difficult.

mhm i get it now

The code. You want to fix the thing in the file "script.js"

Cool. How long did this take you to make?

@RahulChoubey1 Hmm
It appears there are multiple variations of the game. 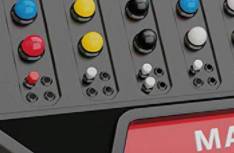 (in my clone, black is correct color/correct position)

@Gunaalan10 Lol, no need to curse yourself

there's a bug where if you guess it correctly at the last line, it says "you weren't able to guess" and displays the correct answer despite having answered correctly. Great game though

@infinity21 See post, I dunno how to fix this bug :(
Thanks!

Sorry if I kinda wrote a lot, I wanted to explain it thoroughly. I realize that I put "print" and "array.push()" in the code explanation, instead of what it would be in regular javascript to output in the console (is it like console.log() or something? I remember seeing that on a mozilla tutorial page for some of the array functions when I was learning them) or for adding to the end of an array/list (dunno what that is in regular javascript). I'm currently learning p5js, so I was just used to that. One last thing I will say, sorry if my markdown stuff is terrible, I'm not good with it. Hope this helped!

edit: this doesn't work if the code is 4 of the same color though, it gives 3 black pegs and one white peg as the reply when that happens, though that is probably something with the code that checks if the color is correct at its position, not checking if the entire guess is correct

Using your code, I was able to write match:

@tussiez Awesome! Glad I was able to help! :D Though one question: why use the const there and not just define match as a function? As you can probably guess, I am inexperienced with Javascript as a whole, so I'm curious

@Sethster1
Arrow functions (=>) pass the variable scope into the function, while function creates a new scope.
@Baconman321 has a good tutorial on JavaScript scope on Talk :)

You should make another version where the roles are switched for the player and computer or some online multiplayer version.

https://replit.com/@EmmaGao8/Codecracker#main.py Mastermind is very hard to perfect. Even mine has unoticable bugs

Instead of comparing the entire codemakers list to a single element, you can just compare one single element to the corrsesponding element in the list.

Well well well, look who we have here! It's @tussiez and he's back again with another game!

Nice, I just played the board game version of this with my brother a week ago and was thinking I should make one in HTML, you beat me to it, great job!

Look at the 6th row and the 8th row of my screenshot. How can there be two answers? 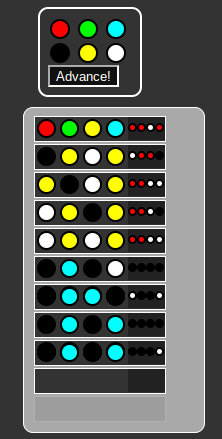 can combination have two reds or three greens?

@tussiez, all good! I like the game, pretty creative! There's only one part I'm concerned about, and it is the styling. I think you can design and style it better so it looks more entertaining and fun.

@JeffreyChen13 Thanks! It's primarily a logic-based game, but I'll try to make it a little nicer :)

@tussiez Thanks! I would like to see the latest version of it! 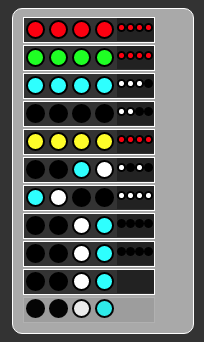 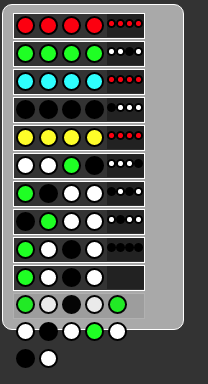 stackable grading makes this a pain

@FlaminHotValdez True, but nobody's given me a solution to this 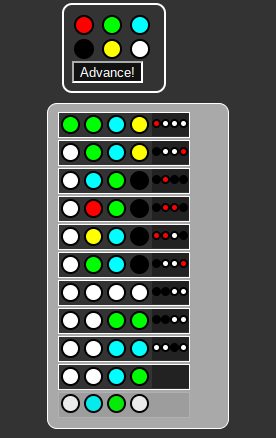 Bruhhh. The answer that tells you if it is right, wrong etc, is not in the correct order. It is random. @NoahJospeh

@OldWizard209 It should be blacks first but anyway

@firefish No lol, this is part of the game.If the stacking issue was fixed this can be won easily

@tussiez Thats the whole point I thought. I mean sure you shouldn't be able to win easily, but you should still not have a super hard time like I did. The codemaker tells me, it's the correct color, then I'm told it's still correct but in the wrong spot, then why I try the other three spots with that color, I'm told that color doesn't belong in the code at all. In this game, the codemaker is supposed to always correctly tell me if my code is correct. If my code isn't correct, I should be given the correct colored pegs to show which colors are right or wrong. I don't think the codemaker should be lying to me.

This game is a bit like the logic game @JeffreyChen13 posted. But nice job @tussiez !!

@LavernieChen Yes! Four digits, A=right position and number, B=right number wrong position. I like it though, doing that not in numbers, but in colors.

@JeffreyChen13 yes, this was a very original idea that @tussiez totally thought of himself, totally not copied directly from a 1970's board game

@firefish Mhm, yes, you are quite right

@FlaminHotValdez I searched it up, thanks. I had no idea LOL

Colours can repeat? That just defeats the whole purpose of the game! I mean my strategy relies on the fact that colours don't repeat... awwww

@tussiez Yes, same. The logic game I created with @LavernieChen only allowed numbers that did not repeat. By the way, it is SOO HARD! LOL!