Hexawar is a 4X game similar to Civilization and Age of Empire - but optimized to run out of a browser. Choose between 8 empires, and battle until domination.

FYI: The boatload of information below is given in the game - don't feel forced to read it all! (Though if you wanna be strategic...)

There are 4 types of terrain generated on a map:

Note: When an enemy is on a building tile, the production is cut off until the enemy has left.
The main purpose of cities is to be able to train more Units per turn (but also gain more resources).

There are 3 types of resources able to be gained:

Costs are in order of (gold, crops, lumber)

Boom refer to an economic boom, a strategy where the player focuses almost exclusively on their economy instead of investing resources for military purposes. It is commonly used to counter the Turtle strategy as a boom economy can very easily outperform a turtling economy in the late game.

Turtle strategies typically involve the massing of armies and/or economies behind fortifications. "Turtling" is most common counter to rushs. The utility of turtling inevitably diminishes when catapults start rolling out on the field.

Rush refers to a military strategy emphasizing rapid build-up as early as possible (Counters Boom). To implement this strategy, the player should focus almost exclusively on building troops to harass the enemy economy in the shortest possible amount of time.

Some units are a perfect match for each other, and may outperform enemies even at a unit size disadvantage.

Extra Info (for the diehards)

This hexagonal shapes and resource-driven game reminded me of my favorite board game Catan; I really appreciated the thought that went into little details from the sound effects to the game play.

This game has lot of depths and more details to explore !! The document is comprehensive, but it really took me some time to figure out a solid strategy. As local player against local player, here is a basic approach I recommend:

By the way, Catapult is most powerful weapon, it moves only one tile at a time, but can shoot three distance (three tiles away from the catapult), great to build a defence network. Horseman is another of my favorite, which moves a lot faster, but slight less powerful in terms of damage to the enemy. When attacking either an enemy or capital, it is similar to move mode, where the range will be automatically calculated based on type of weapon/soldier. Then depending on health level, the enemy could be killed in single shot, or multiple shot. 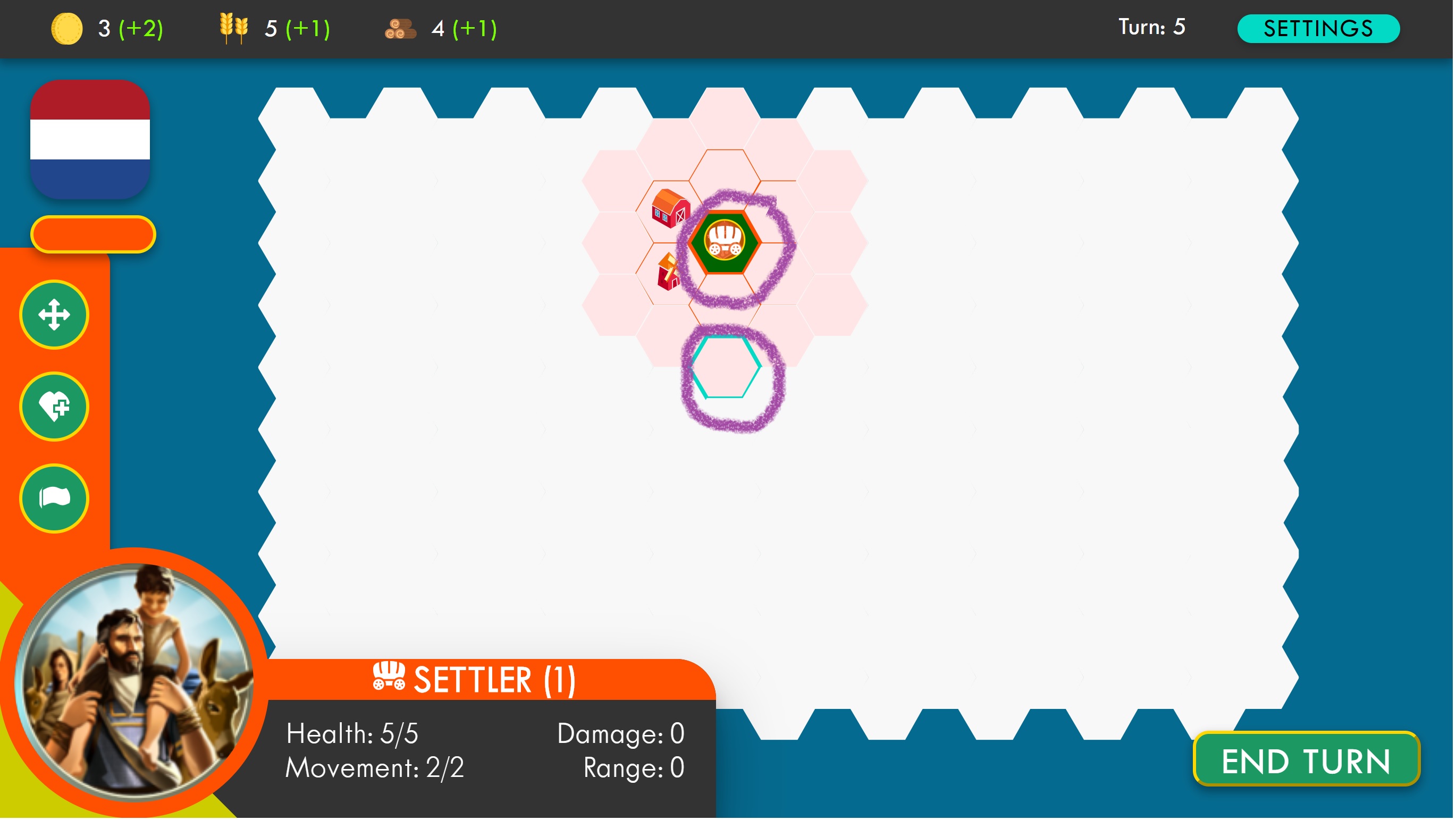 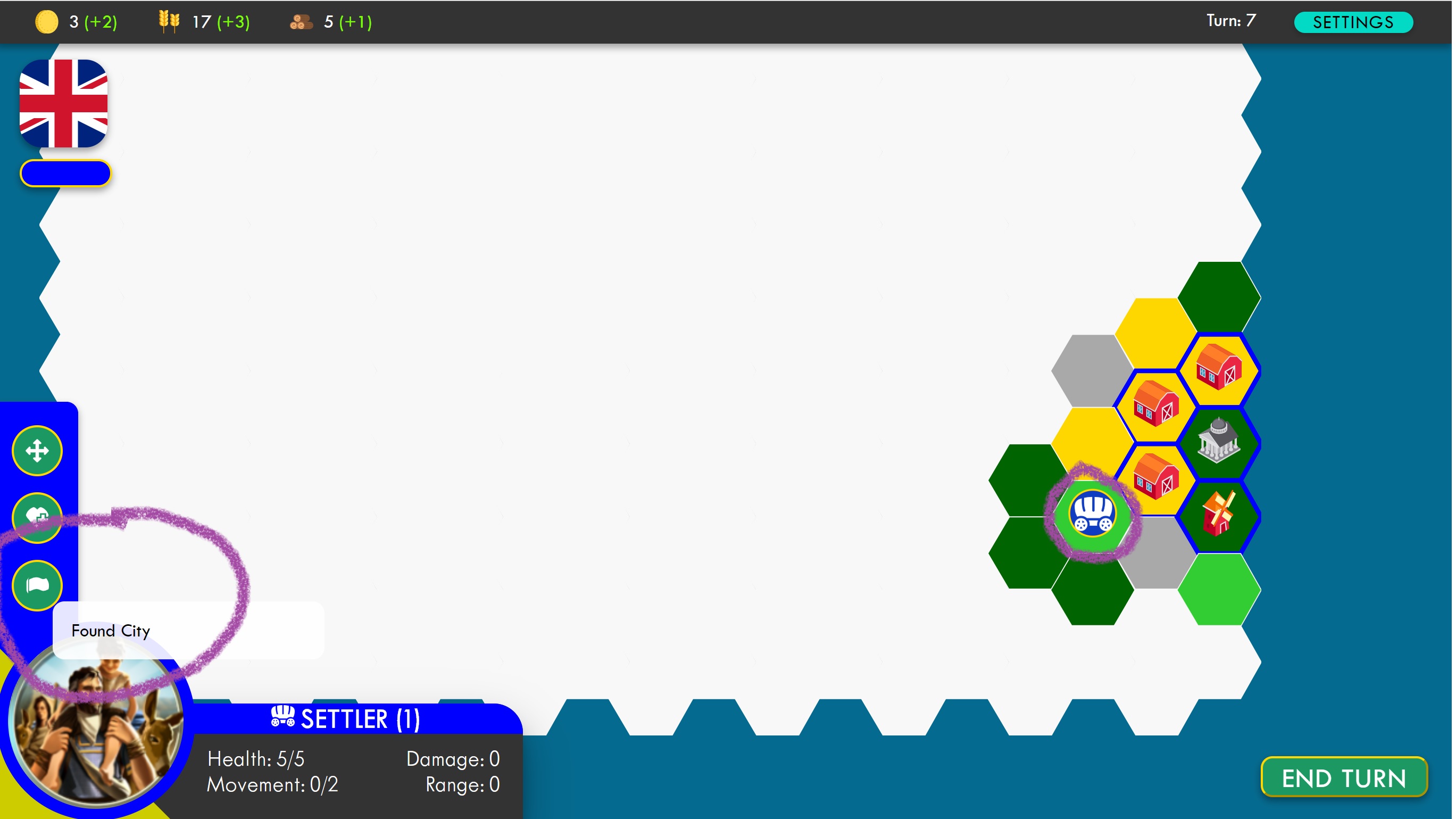 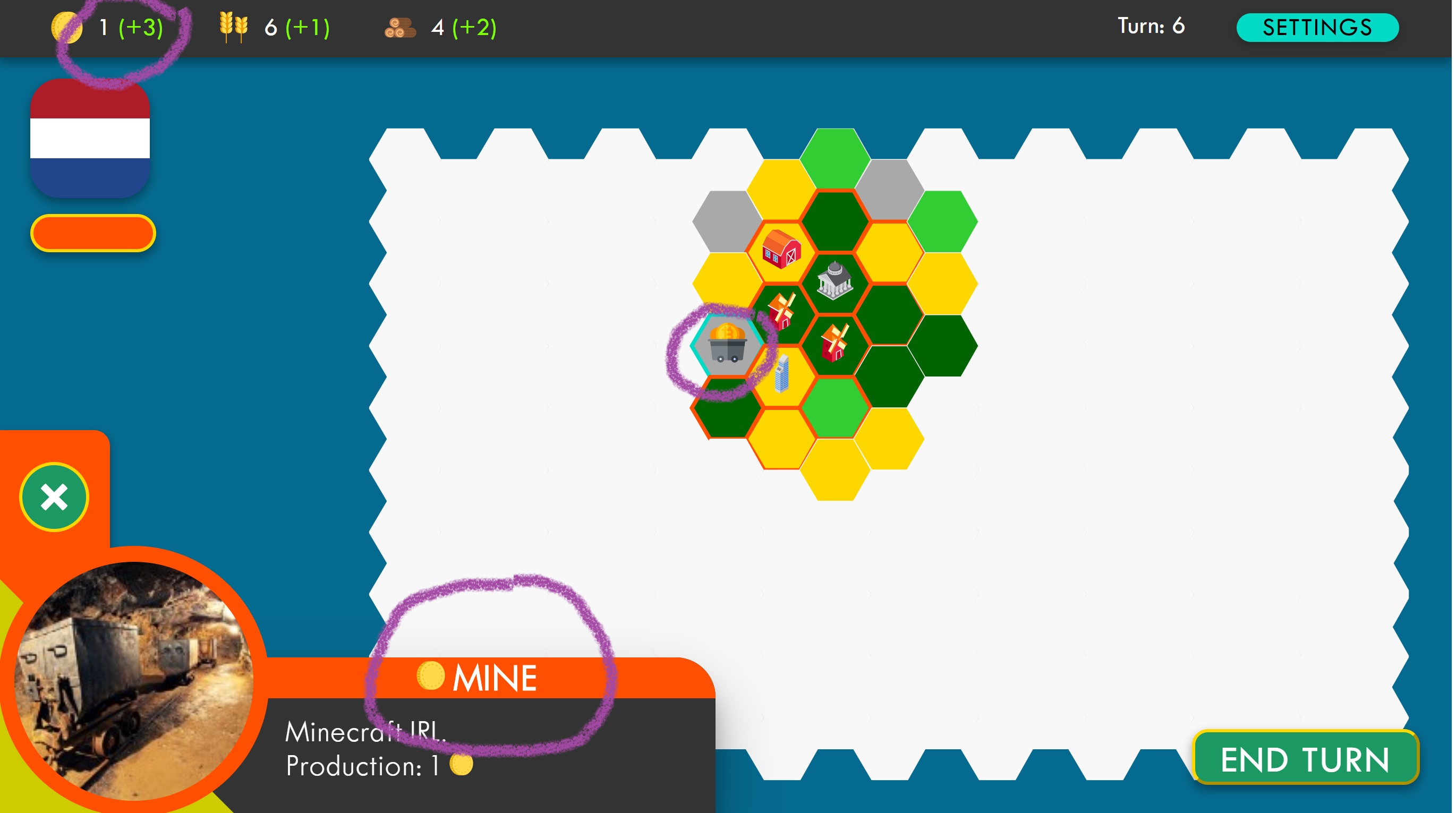 Loved the game; feels nice to be able to play a version of Civ5 that doesn't require a gaming PC 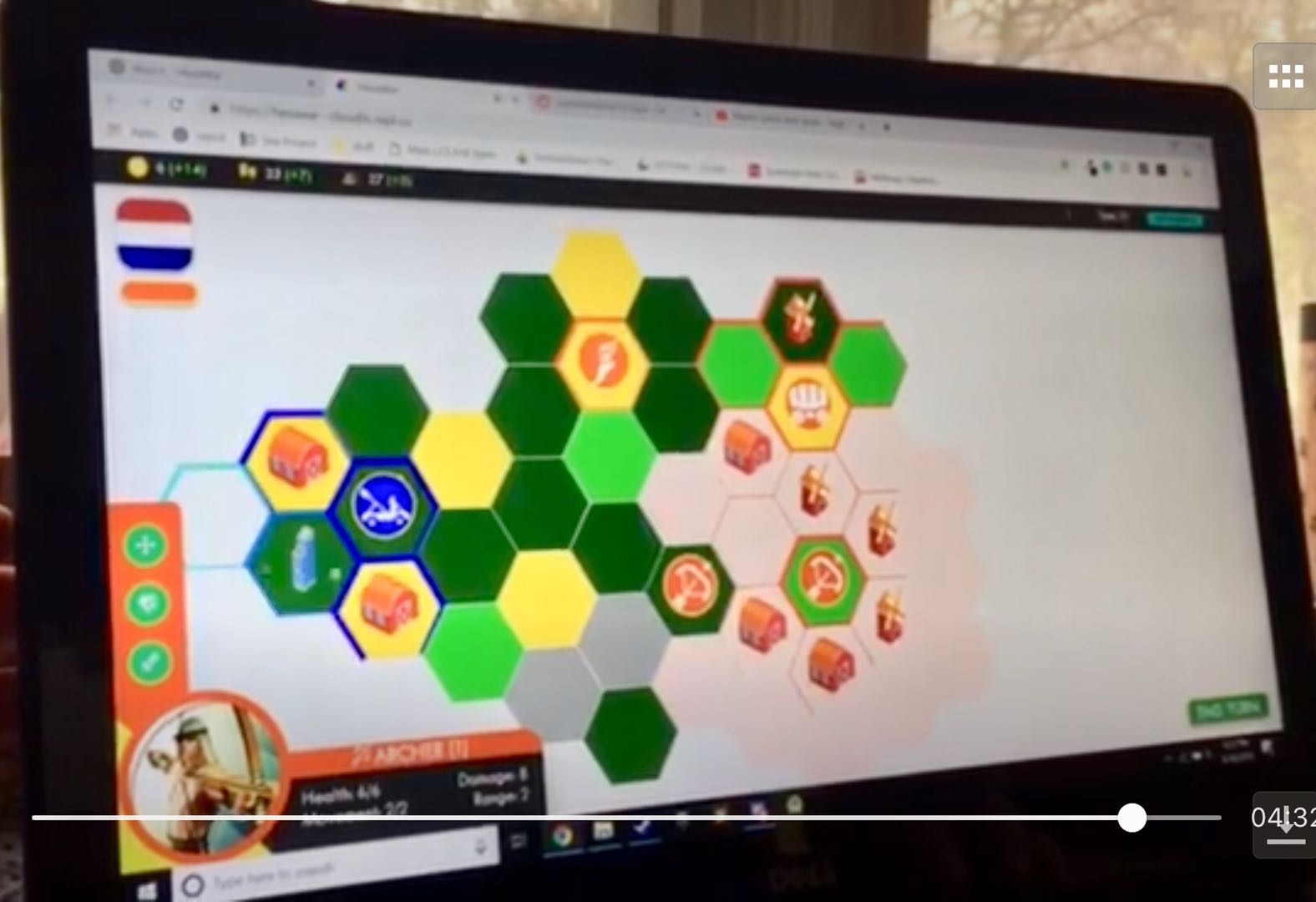 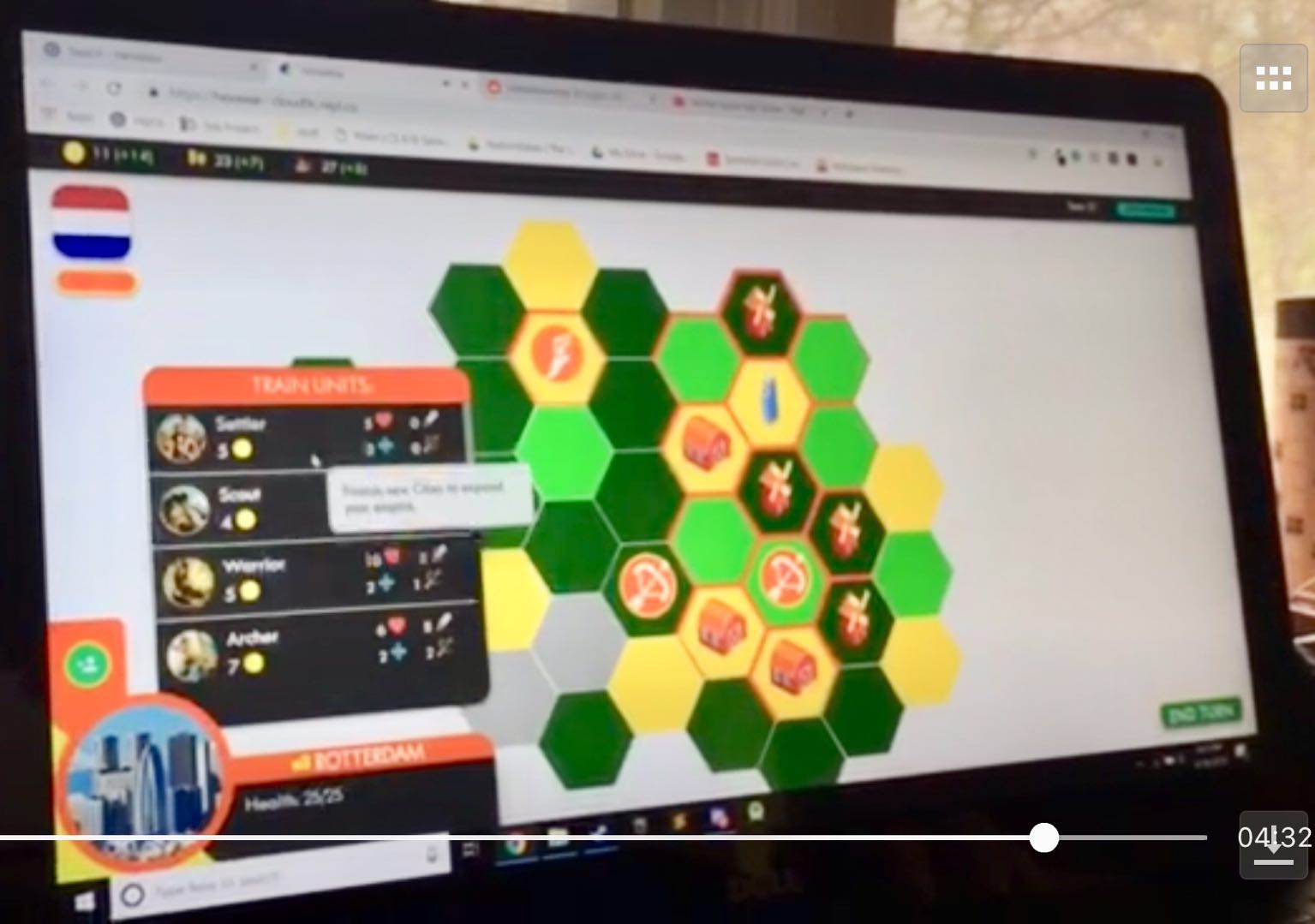 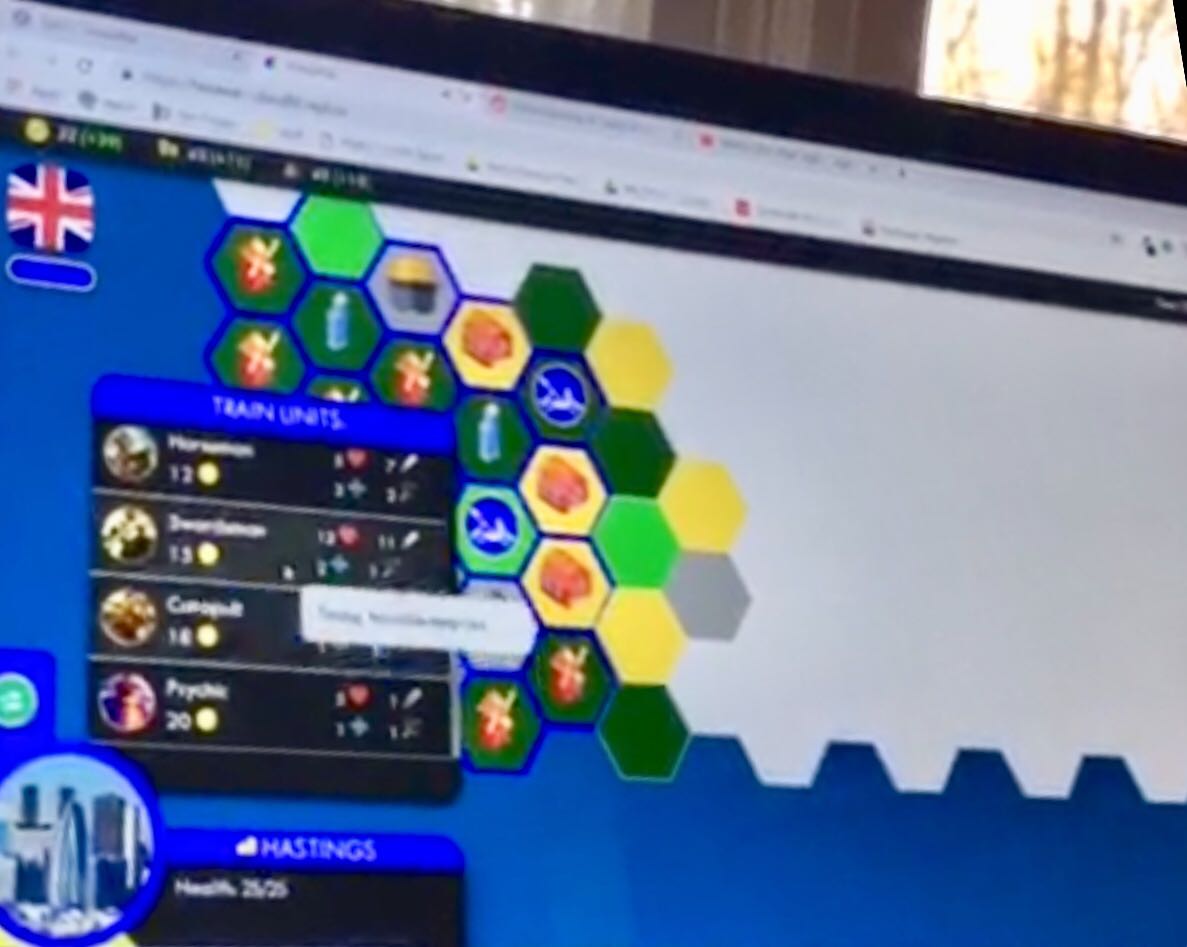