I started doing some web scraping in python, which is usually what people soon after learning python. I've known python for quite a while and never really done any web scraping.

So I made this little project that can get some information about replit users.

Also, let me know if there's a better way to do what I'm doing, other than the sorting thingy for the leaderboard stuff, I slapped that together really quickly and I know it's not good, I'll probably fix it and streamline it later.

I think my sorting thingy sorted you out of the list, I will fix that now @ch1ck3n 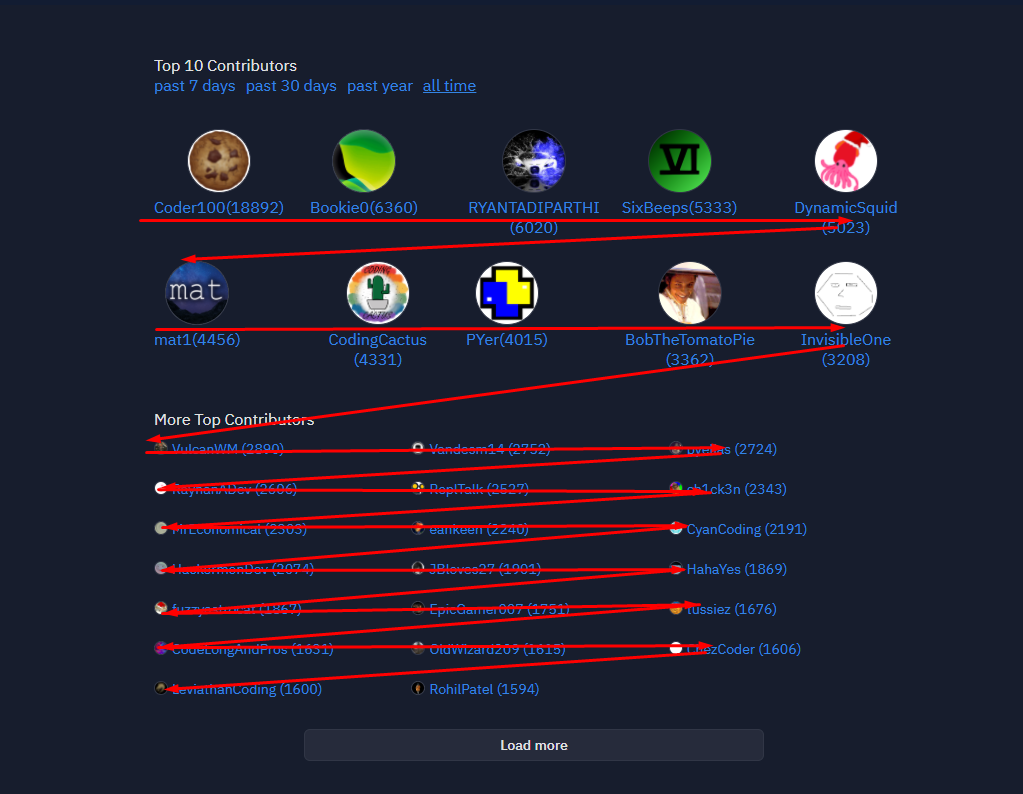 I see, well you should be on it now but the placing is incorrect. 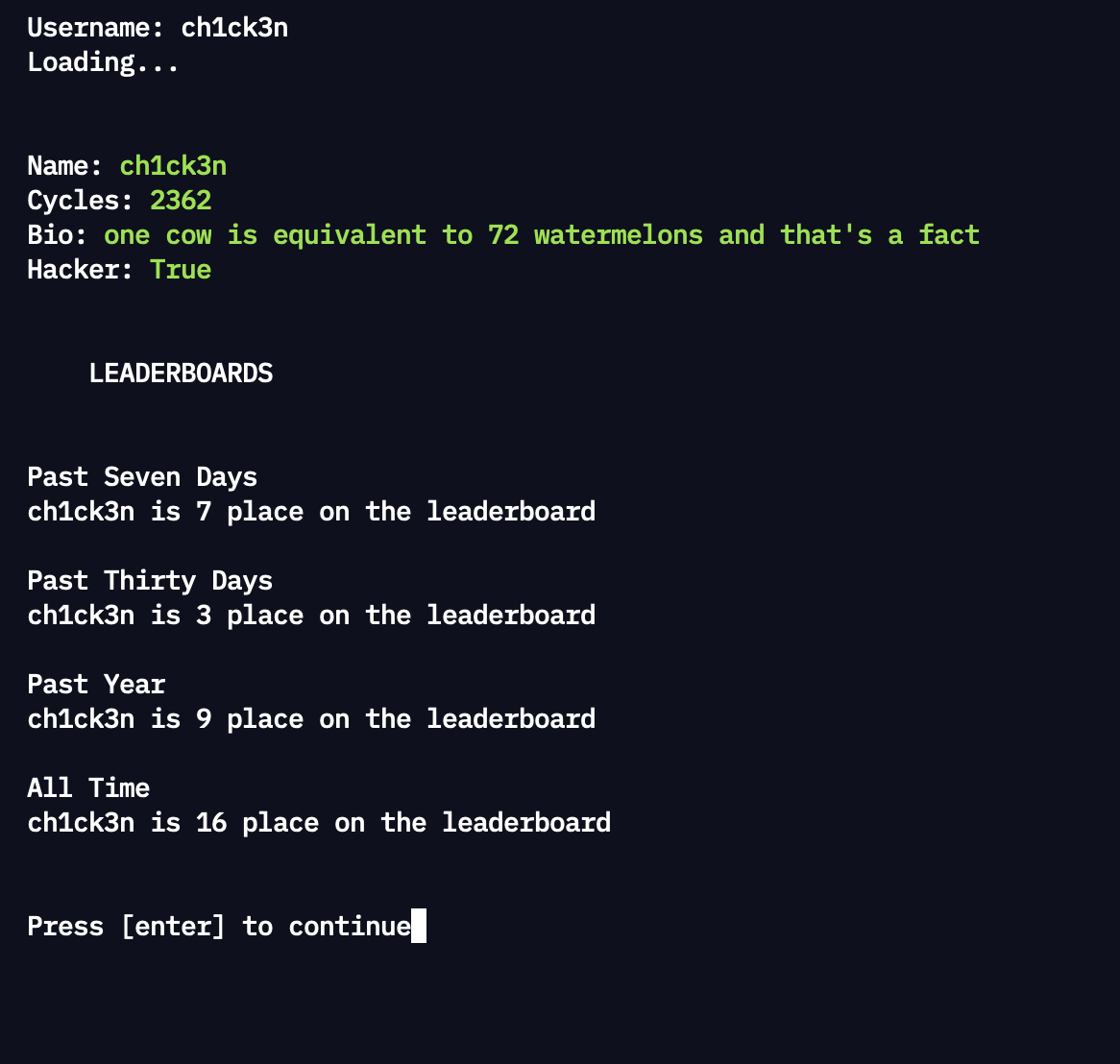 Nice! For all of the leaderboards, it shows a user's top 30 leaderboard results.

Yeah I didn't find a way to find more, such as the top 100 or something but I didn't really try. @VulcanWM

huh. It actually got in the new lines. 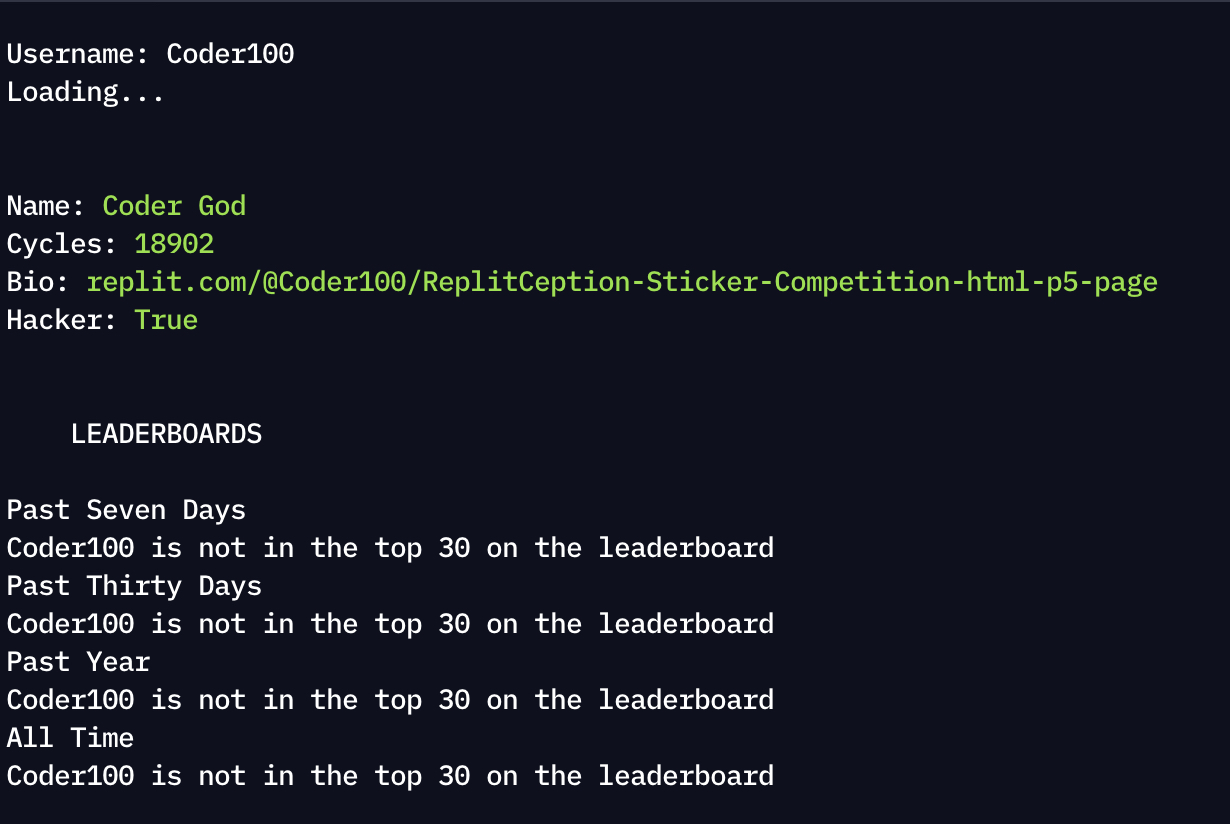 The username has to be lowercase, but I'll fix it. @ruiwenge2

This my web scraper: https://replit.com/@storymaster/web-scraping#main.py

Cool, it's a good start. @storymaster