(this is targeting older versions of kaboom, some interfaces might have changed, https://github.com/replit/kaboom/releases)

Hello everyone, since we were in the middle of the KABOOM JAM, I decided to write a Kaboom.js tutorial to help all the participants who are willing to give it a try.

First of all, however, I believe you should know what you're learning before you actually start learning it. So, what is kaboom.js?
kaboom.js is a JavaScript library that allows you to create web-based games very easily and in a fun manner.

For this tutorial, we will create a classic snake game (since it's a tutorial, I thought it'd be best to use a game whose concepts are familiar to most people). The final product (don't flame didn't have an artist) is available at - https://replit.com/@TheDrone7/Kaboomjs

To get started with kaboom.js, we will first create a HTML/CSS/JS Repl.

There are also kaboom repls but we won't be using that since that is specific to repl.it only and you won't be getting all those GUI features at other places. Not to mention that mode also limits your development to just the game and you won't be able to have a backend. That mode is best suited for small games only.

You can also use a node.js repl or a python repl or a repl in any language if you want to make your own backend and add features to the game that would require one but for the sake of simplicity of a tutorial, we won't have one of those.

In the newly created repl, you will see 3 files - index.html, script.js, and style.css. First of all, we will configure the index.html for our basic needs of the game.

We have everything set up and are ready to start creating a new game. Kaboom.js is a js library so we will be writing js code so head into your script.js file and follow along!

Before we get into making the actual game, we will first create a menu to get to learn some more concepts of kaboom.js

Heading back to script.js, after initializing a new game, we will create a new scene. Scenes are usually different parts of a game such as different levels, menus, or game-over screens. In this instance, our first scene will be the menu scene which gives the player 2 options only - Play game and Learn more about Kaboom.

Let us get to it then.

Then we'll need a way to assign an action to each button, we can do this by assigning custom fields to them:

so if you give a plain js object in the components array, it'll assign all fields of it directly to the added/returned game object, here we use that function in the "button" action responding to mouse click

When the "Play" button is clicked, it will load up the game scene (we have not declared or worked on this so don't worry) using the go() function.

When the "Learn" button is clicked, a new tab will be opened and the user will be taken to https://kaboomjs.com - the kaboom.js docs.

By now, your script.js should be looking similar to this

We have the game menu set up completely, thus, comes the next part - the game itself!

We finally are done with our game! But when the game is over, the player is stuck with a paused screen that shows... nothing. It looks as if the game crashed, so we will create a game-over scene so the player knows the game is over and can move on.

For this scene, however, we won't be writing most of our code. Duplicate the menu scene that we first created. And then rename this new scene to game-over.

In the title, change the text displayed from Snake Game to Game Over.

Inside the mouseClick handler, change the handler of the Learn button. Remove the following line

Just for a little gimmick, we will also show the score of the player on this screen. For this, first head back to the game scene and at both places where we check for collisions, replace

And done! Come back to the game-over scene to actually display this score. The score will now be passed as a parameter to our scene function, making it look something like

Here score is the same value as the player's score from our game scene. To display this, we just add the following code to our game-over scene.

And it will now beautifully display our scores on the game over screen.

Even though the game is ready to be played, it's not perfect (and it was never intended to be). However, there are some improvements we can make right now to make it a better experience. The things we're adding are listed below

So let's fix that bug. The bug is - if the player presses one directional key and presses another before the head has moved, the tails end up getting detached. To fix this, we can simply pause input for a duration of 0.75 seconds. To achieve this, we first define a new variable at the top of our game scene called lastInput as shown below

Now inside the makeTurn() function that we created, we can simply add a new condition and turn it into a new function as shown below: -

and now it will only run once every 0.75 seconds at the fastest.

And for the last part, let's add high scores. These high scores will be of the player themselves only, not a public leaderboard and we will simply store it in their browser's localStorage. We will be displaying the high score only on the game-over scene so let's head to that.

And that will display both your scores at once! Here's a screenshot 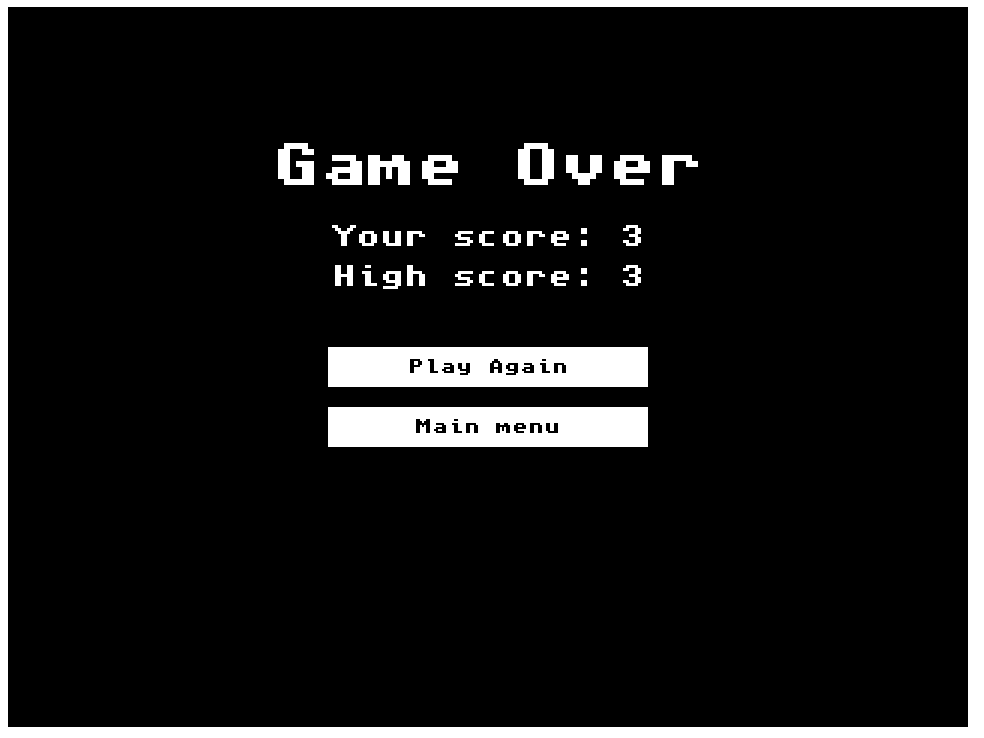 And that's the end of this tutorial! Note that this tutorial was made while Kaboom.js was in beta so don't be surprised if the code doesn't work for you. If you have any questions, feel free to ask in the comments section although the best option would be to check the documentation.

6 months ago
You are viewing a single comment. View All
SreyasSabbani (65)