I know that Scratch is not on Repl.it, but here is a series of tutorials for how to "program" in it.

This tutorial will cover the project editor and how to use it.
Some information was retrieved from the Scratch Wiki.

Words like this will appear in the glossary at the bottom

So let's get started!

This is the scratch project editor. 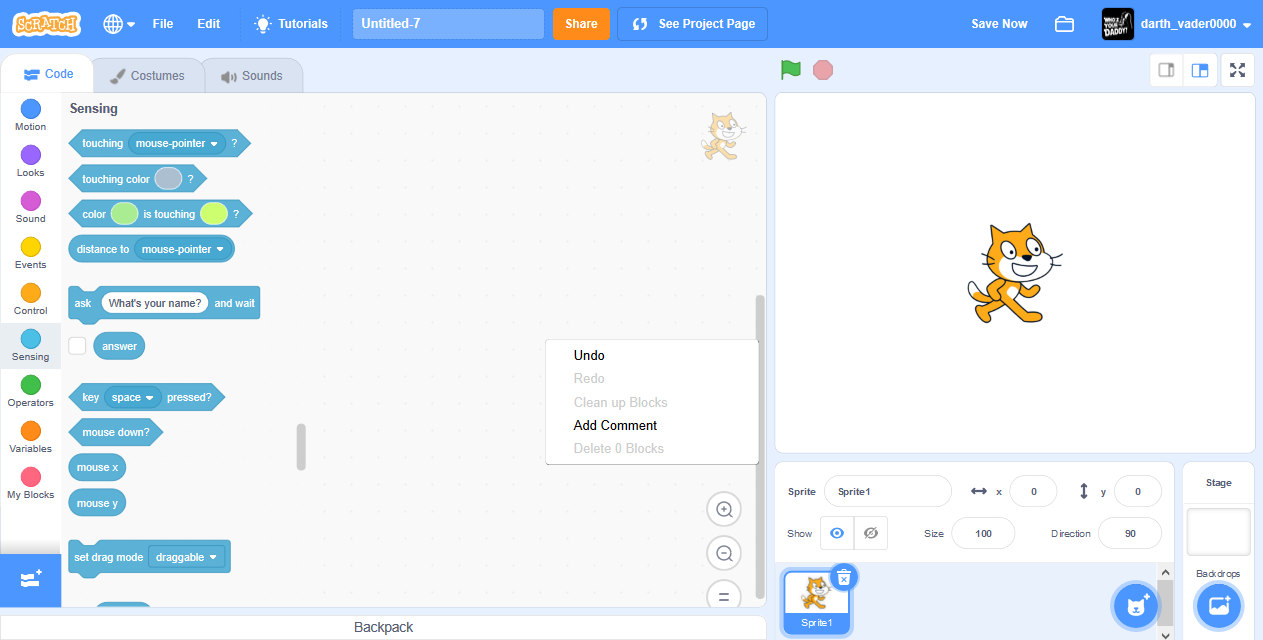 My account name is darth_vader0000 if you didn't notice. I mainly make memes and stuff. I don't do a lot of really helpful scratch projects.

OK enough boring stuff let's get to the tutorial.

So you probably have seen the blocks in Scratch. I will explain them more in later tutorials, but the important thing is that you pick a category and drag the blocks out with your mouse to "code" and make programs.

A script is a couple of blocks strung together.

You can make a basic script in Scratch with these blocks. 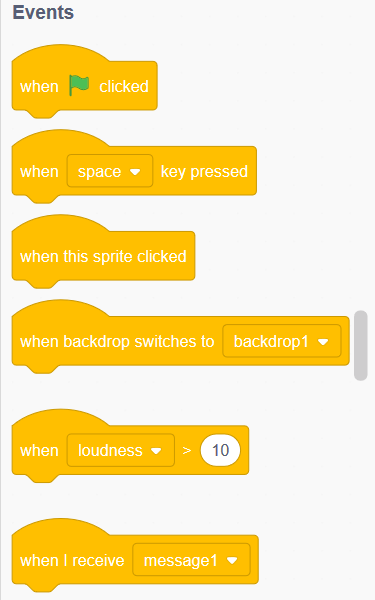 This is a basic script in Scratch. 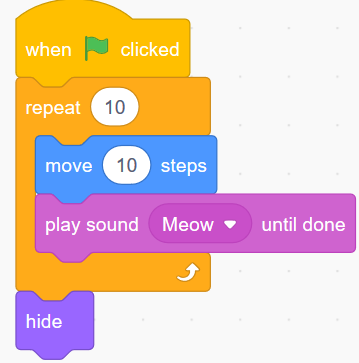 That's enough about blocks for now. Next, I will talk about sprites and backdrops.

Sprites are things that you can make move, make appear and disappear, make visible and invisible, and even change what they look like and the position in which they appear.

To add a sprite, click this button in the menu of sprites. and select an option that comes out of the button.

Costumes are how you can change what sprites look like. To make a new costume, click on the costumes button next to the code and sounds button.

Once you go there, click or tap (since Scratch is mobile friendly) the button with the cat with a plus (+) to the right of it's head and select an option that comes out of the button.

How to make sprites appear and disappear

Voila! Your sprites are now visible and invisible depending on what you chose.

How to make your sprites move

If you want to make your sprites move, use a block in the motion category (explained in the next tutorial)

Sounds make noise. To the right of the Costumes button is the sounds button. Select it and at the bottom of the sound menu is the button to add more. As usual, click or tap the button and select an option.

Extensions are how you can add more blocks. Select an extension and you can use them in your project

Some extensions require more conditions and things than others. 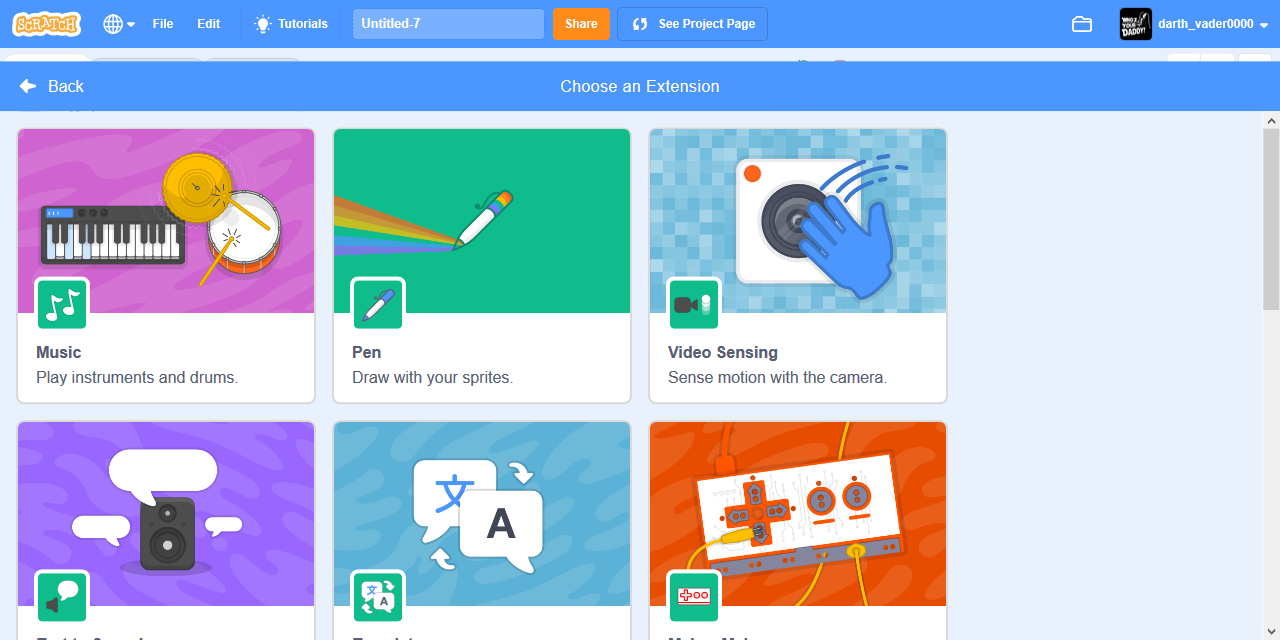 And finally, there is the backpack feature. You can move scripts, sounds, and costumes between projects. Handy, huh?

AND THAT'S IT FOR NOW

There will be more tutorials in the future. Stay tuned for part 2; motion category and events category blocks

1 year ago
You are viewing a single comment. View All
jackou

Cool, but I don't get the point for this to be on Repl.it, sorry :(

@JacksonPhilips I can see why you say that. I was just bored at home and wanted people to learn about scratch if they don't really use scratch.