It's what I promised!!

Ok, so today I'm going to introduce the theoretical stuff of C# (btw this Will be useful later).

What is a variable anyway?

Well, a variable is a reserved place in your (or in this case, repl's servers) computer's RAM (Ramdom Access Memory), that can be edited.

These are basically just normal variables but they cannot be edited

Notice!
These are NOT declared normally
Example:

Ah, everyone just loves these! they are such a pain in the behind

A syntax error is a: 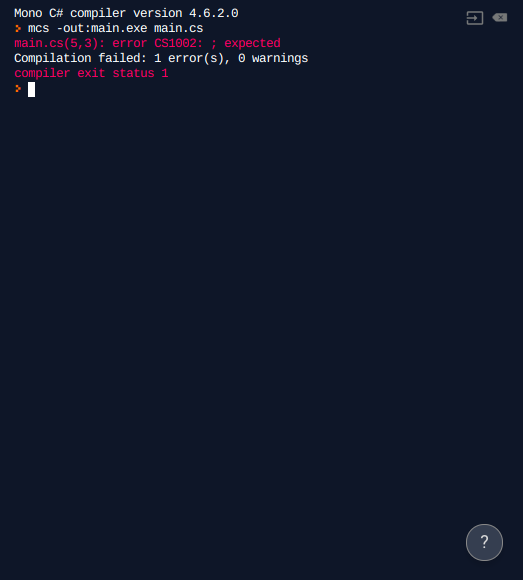 These are basically mathematical errors or misspelling of variables
Example: 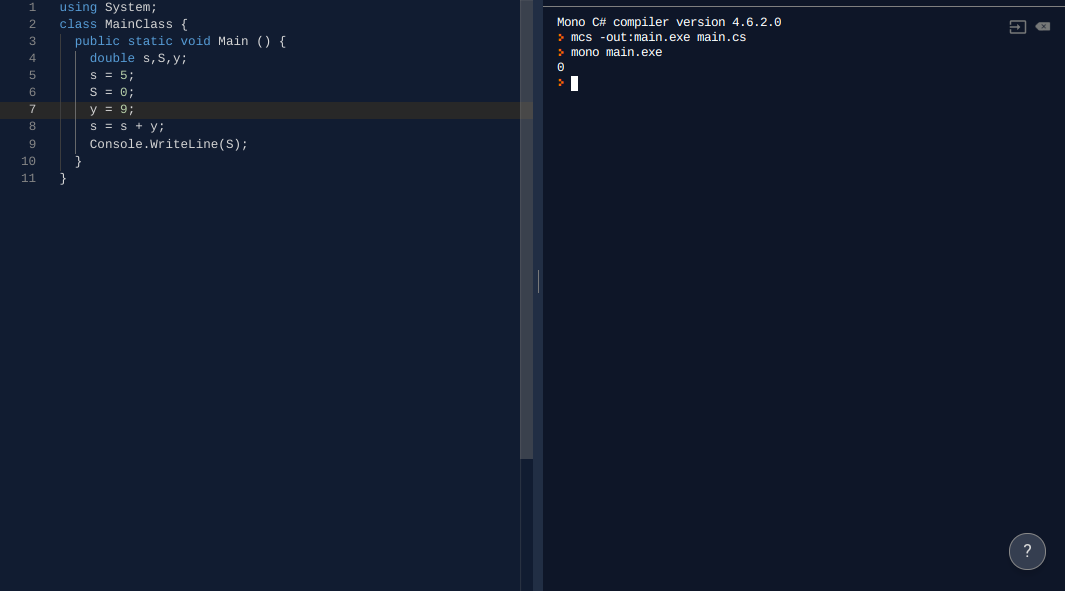 You may be wondering: Why? it looks fine

Well, it's not. If you look closer it's simple. You just made a capitalization error

These are nearly undetectable
some signs are:

well that's all for now

WE HAVE A CLASSROOM NOW:

how is this so popular??

lol u must wait until the weekend lol @TaylorLiang

IT'S BEEN 4 MONTHS WE NEED MORE

You are a heck of a coder!
Nice skills.

what about segfaults? does c# not have those?

@LiamDonohue segmentation faults? when you do bad stuff with memory and the computer gets mad?

oh I'm not sure I've never encountered one @sugarfi

//where do I start without knowing anything? what does each character mean? what would i use to start a brand new page? tia

@Zwilson1987 this entire comment is made up of characters, to give an example. Actually technically I could store this comment as a string, because it is just a STRING of CHARACTERS. What do you mean By start a brand new page?

@Zwilson1987 well, have you heard of the ASCII alphabet? It’s basically all the characters you can use in a normal char.
Edit: oops sorry that sounds kinda rude sorry bout that. Didn’t mean to be rude. Also you 'start'(declare) a brand new string the same way you do with any other variable:

What is a signed value?
Reeeeeee JavaScript never cared about this.....
:p

@Coder100 a signed value is a value that can be both negative or positive. An unsigned value can only be positive, but it allows for a couple things, like knowing what the fill is when your shifting bits in an integer and being able to represent higher numbers.

but it allows for a couple things, like knowing what the fill is when your shifting bits in an integer and being able to represent higher numbers. what does that mean? @Highwayman

@Coder100 well, in order for a number to be signed it must sacrifice a bit to represent the current sign(negative or positive), and since it sacrifices that bit, the highest number it can reach is halved, because of the reduced space. For example, if you have an unsigned Integer that is one byte, it can represent values 0 to 255, but a signed integer represents -127 to 127.
Also, when you do a bit shift on a signed integer( >> or << ), the bits in the msb(most significant bit) will be used to fill in the bits that no longer hold data. This is really hard for me to explain, so Imma use pictures.
Say again I have an unsigned integer that is one byte long. Let’s say it holds the value 255.

now when I shift this integer’s bits by 3, the top 3 bits will be emptied(zeroed) out.

But if I used a signed integer, the first 3 bits will remain unchanged, because the msb( the first bit in this case) is a 1! So instead of the emptied out bits getting filled with 0s, they get filled with 1s!

If anything is still confusing, tell me. Idk if any of this makes sense.

@LiamDonohue mm I don’t know about that. It’s not really hard stuff. 🤷‍♂️

@LiamDonohue Ikyk, I just don’t want ppl scaring themselves with the term “AP”.

@LiamDonohue yeah lol. Some kids came into my class the other day to explain what AP English was like and literally the entire class was like nope no thank you

if you don't mind, could you start working on the assignment? @Coder100

its not graded just to see how much you understood @Coder100

Lol did it made a constant @LiamDonohue

@LiamDonohue :O Wat I wanna be in the classroom Imma join

@LiamDonohue you know! Lol. I did the first exam :P

@LiamDonohue well I know that I can do

but I don’t know how to get a double, say, instead. This

Of course throws an error. :/

ohh ok uh i was going to do this later on, but the double variable has a special input syntax:

Can I criticize your tutorial? Just some wording seems off...

sure this is my first time @Highwayman

@LiamDonohue ok. So. First off, a string can hold spaces or returns or \b or all sorts of other things that are not alphanumeric. Same for char.
Integers are signed, they just can’t get decimal points. Doubles can. Otherwise it seems good. 👍 :)