Why does the home page show you 3 languages that you have used before?

####Sorry about the weird title, couldn't think of a better way to word it

Replit tends to put 3 languages you have used before into a small box on the home page. But, two of the languages there, NodeJS and Python, I don't use anymore, have not used for a while, and no longer have in repls in those languages. And since, I have used other languages more. Is there any way to change what languages appear in that box? Am I missing an obvious feature (which I often do)?

####Here is a picture of the box I mentioned

Go on the CLI.

And check the languages you want. You need 3, iirc. 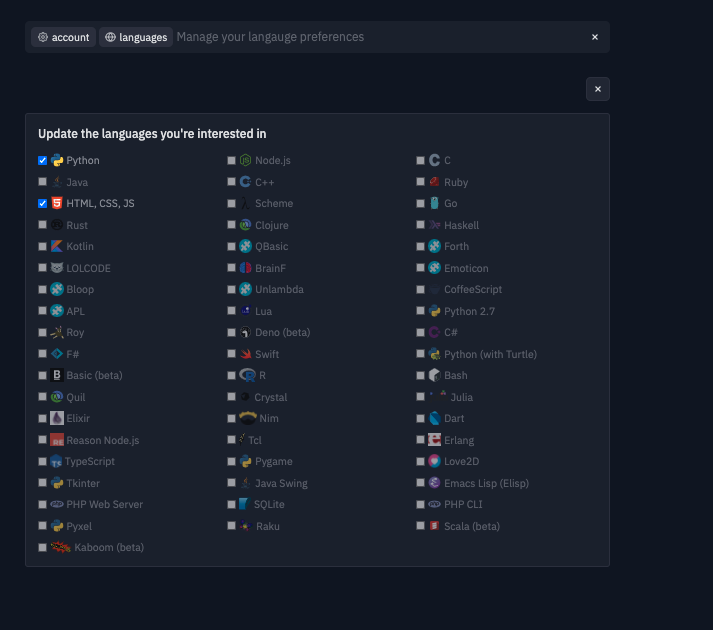 Reload the home page, and you should have those languages.

Sadly the answer is no. Repl didn't make it so you can get rid of the features you don't use anymore.

No there isn't but make sure to suggest it in feedback

might want to bookmark it if you are really indecisive lol

Not sure if this will do it, but try changing them in the Replit CLI by running the account languages command.