Parse Error: bad input (but I'm not sure what the issue is) 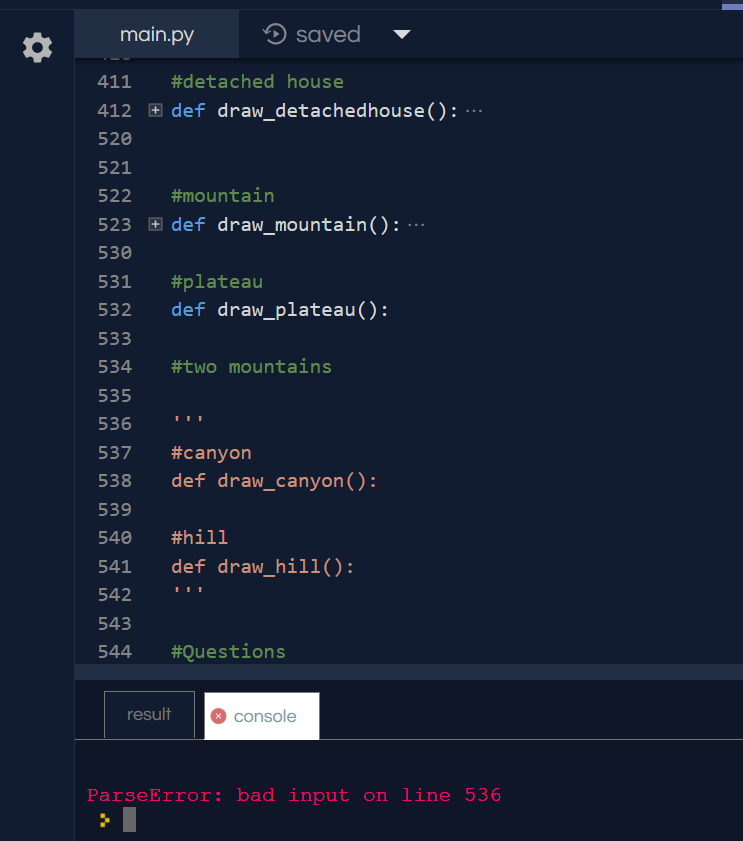 Alright, so the intention of this program is to grand the user three options: the option to build a house (with five choices to pick from), the option to pick a mountain (with five choices to pick from), or both. I haven't started the third option, but I have finished the first one and that seems to be the problem. After I finished the fifth choice for the first option and started to work on the second choice for the second option (mountain), it said the space where the choice for draw_twomountains(): (which is now deleted) was a bad input. I deleted it thinking I would be rid of the error, but instead, the section that I commented out is now apparently a bad input. I have no idea why it's doing this, so any help would b appreciated.

I get an error on line 606 when I run your program. It is because the code within the draw_hill function is not indented. You are also defining the draw_curve function within the draw_canyon one. This looks a bit suspect to me.