What do you guys think of design update?

Here is what it looks like but you can easily open a new repl to see it. 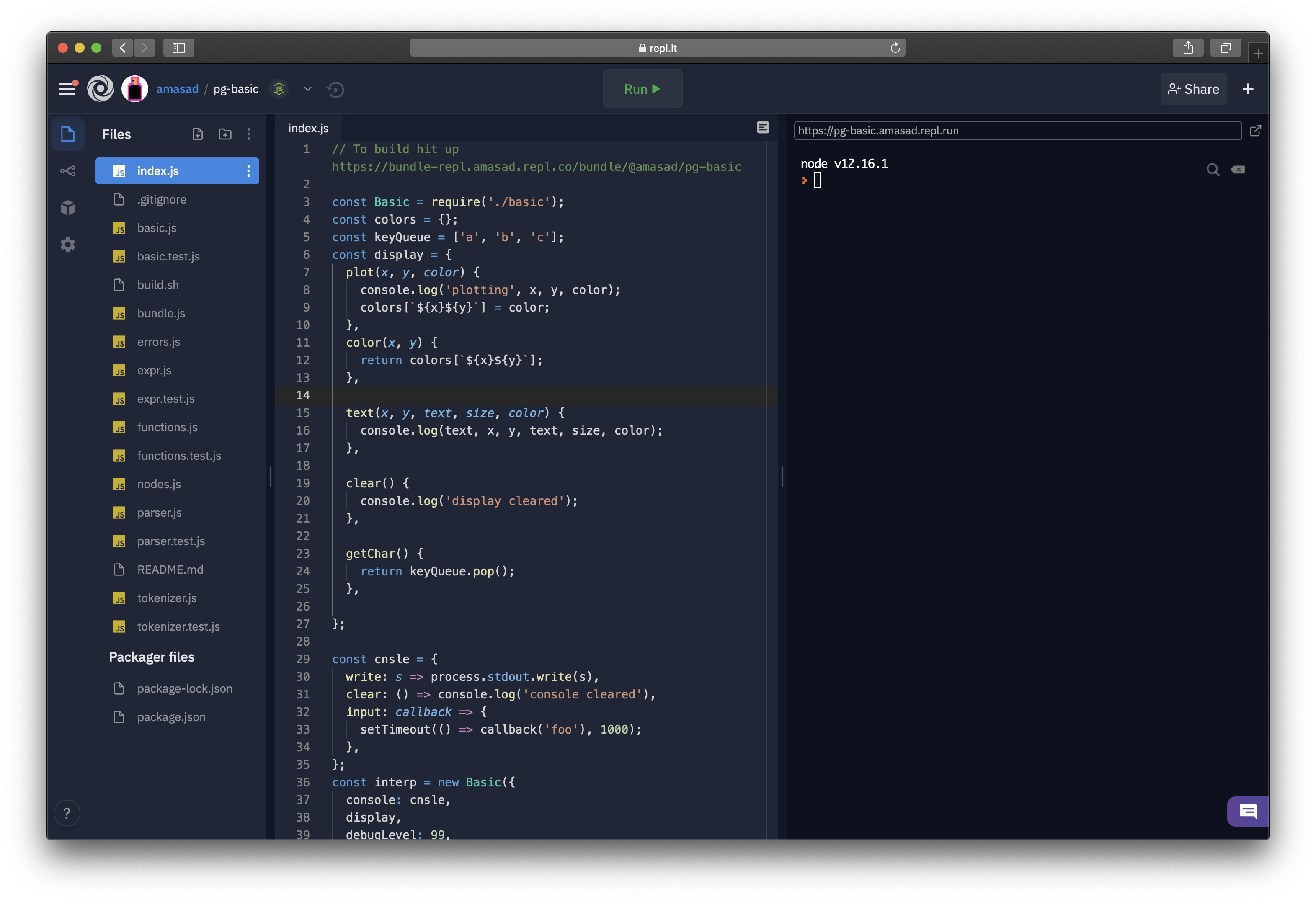 dont like run button, but can live with it, important thing is SITE WIDE DARK THEME and also custom editor themes would be super poggers

@rediar, please upvote this comment to get to the top of the comments section everyone!! We REALLY NEED sitewide dark theme. Extensions like DarkReader make the editor look weird..

@repldexbot ignore this pls this is for testing

its a bit of both, but mostly great!

i think the run button of last time was much better, with the cool effect of the kinda slide motion, but i see why you chose this button to kind of fit in with the buttons (comment, reply, etc.) with the roundness.

also, the + in the top right button should probably be a bit bigger, because after all it is the most important thing in repl.it: the making of new repls and coding!

I love the new color theme of the IDE, the italics, the keywords and stuff, so thats really cool.

also the beta teams thing and the achievements are POG.

But overall, i think you guys made repl.it better! ;)

@Bookie0 haha you could also argue the most important thing is running your code! :) we decided to prioritize that in the header as much as possible.

thanks for the feedback!

@amasad Some of the reworks are good, like the connected pop up, but the new file viewer feels like it’s trying to be something it’s not (Android), and the “Run” button is a little easier to miss.

well if it is easy to miss - maybe you have the mouse acceleration set too high. @CodeLongAndPros

@Lethdev2019 No, my mouse profile is fine. It’s the rounded corners that do it.

@amasad i could go one for hours how to make repl.it the best online IDE in the world
1 let the user design there own IDE color settings there own colors for functions, variables etc (an example of this can be seen in the Orion hub IDE another thing i would do is to allow the user to choose between a tabled IDE and the normal IDE and a tabbed IDE makes workflow so much better as it would allow the user to have multiple consoles open as well as terminals and files and the biggest thing i would do is allow users you use there own style sheets cross site add a box somewhere in the user setting page where the user can input his own css. Now currently there is the repl themes designer (I forgot the link but I believe @mat1 is the creator ) but you need a browser plugin so it doesn't carry from desktop to mobile to another desktop but that's just my piece on the matter (: also another thing in the the default directory of repls
used to be /home/runner now its /home/runner/projectname but the $HOME environment variable is still the same

it's nice but can you add more colour into buttons.

the blue button is a bit bright, the run button is nice, wow. you're flexing your pg-basic repl... , new repl has a bit less pop, chat button might wanna be bigger, altogether, pretty nice, just two thing: set dark to normal, and change the bright blue color of the current file

I love this new UI update. The border-radius on the buttons were a nice touch and the color scheme is super eye-pleasing 👌. This update made the UI much cleaner 😉.

i like everything but the code editor and sidebar background - too light!

@amasad I like it but could you also redesign the multiplayer chat to fit with the rest of the IDE (maybe add the ability to make it float like a window and snap it back to the edges and hide it).

The popups also do not match with the rest of the site as the buttons are square still.

Could we get the option to hide the live viewing thing.

I liked, although the files tab is odd looking. Is repl talk next?
Also terminal is going haywire with some ascii characters

@HarperframeInc yeah have to update those icons. repl talk is on the plate!

@tangert The Icons are fine, but the colors are weird

you guys finally have a fav icon? FINALLY AMASAD

also share button doesn't feel right. Is it not centered or is it just my eyes?

@HahaYes just your eyes, but perhaps the visual weight of the button is off because of the capital S

@tangert yeah I'm not sure. Maybe its my glasses maybe its replit, also you guys finally have a fav icon

I like it amasad! it reminds me a bit of sublime, and a bit of VSCode

i want to make files with python turtle please! it would be much more organized for me sometimes

It doesn't matter to me. The ide works, so I like either design.

But honestly it would be a lot easier if we could like have a DM service in here, you know.

It's quite fine, not too much of a difference! good job btw!