Good morning/evening replers! Today we have yet another interesting one of our users you would love to know more about - @Coder100. He's one of the most active members of repl talk and posts some games he created using Unity3D! 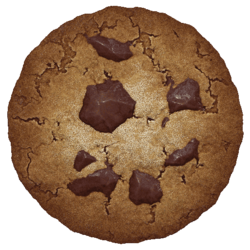 With all that out of the way, let's get to the interview then!

@TheDrone7 : And what got you coding your first program?

@Coder100 : I got into coding from khan academy, in like 3rd grade. So I was initially doing math on it but then I discovered that there was this computer programming section. The first things I made were processing.js programs, which you could say were like the p5.js programs I make now (but wayyy less es6 and forEach and map!) Their linter was also super annoying, it didn't even like .forEach and other native array methods. It was almost as if they remade JavaScript. Anyways, fast-forwarding 1 year I started learning HTML,CSS,JS -- and of course there was no autocomplete! That's why I decided to learn their jQuery too -- much less typing. KA probably has had the biggest impact on my coding style other than repl.it.

@TheDrone7 : And how did you find out about repl.it?

@Coder100: Ok, so I just kept like making programming stuff (that weren't pretty good) until one day a friend of mine showed me glitch. Not saying glitch was any better than KA, but at least it didn't have an ohnoes error "buddy" screaming at you every time you typed. Then, I found out about repl.it by searching for glitch alternatives (my goal at that time was to get a domain)

@TheDrone7 : Cool, so which of your games/projects are your favorite ones?

@Coder100: Some of my favorite projects that I have made are:

You are a human and you are on a quest to find the rare GIANT DONUT which grants the eater infinite happiness. Shoot eggs with egg rolls on your way to happiness and sugar high!

Also, I got blender halfway through the game and so now you can expect better characters now! I really liked the FPS maze game. Also I liked how the doughnut turned out at the end!

is this a vault or an image hoster? What's the difference? That's for you to decide... Anyways this hoster is partially public in the sense that you have to be a hacker to find all the images, but anybody can host their images.

I really liked the pasting feature of it. That turned out easier than I was expecting!

Coder100.it is Repl.it, but coder100ified. I really am proud of how repl.it didn't crash. XD But mostly, I really like the regex-based "python interpreter"

@TheDrone7 : As those cycles suggest, those are some really cool projects, but what other things are you interested in?

@Coder100 : I am interested in math, especially trigonometry. I really like finding the periods and phase shifts of the graphs (I don't really know why). Anyways, currently, I'm learning calculus I (also known as calculus A).

@TheDrone7 : Have fun with those. (Speaking from experience, they're actually enjoyable). Would you like to share something else with the replers?

@Coder100 : I think C# is a really good beginner language: It requires semicolons, which will promote good coding practices. Also, it's static, so you won't try to accidentally misuse a function, and I really like the overloads. Dynamic languages should try to adopt that!

@TheDrone7 : So you can code in C# and NodeJS as displayed by your projects, what other languages can you use?

@Coder100 : I can also code in Ruby and C++ along with TypeScript (if it can be considered a language) and Python.

@TheDrone7 : And, how did you end up learning C#, what brought you into game development?

@Coder100 : I learned C# because I kinda wanted to try out java, but decided C# was a better fit for me. Then, after looking at more C#, one day I saw a question on ask about Unity (I don't remember what it was anymore). Anyways, I thought, hey! Why don't I try it out? So, I learned with Brackeys and made the cube dash game. Later, I made twist, to try to like understand Unity in it's whole. Along the way, someone suggested I try out Welton King, and that's how I made Doughnut Quest.

I forgot to tell you, I play violin and piano as well.

@TheDrone7 : That sounds interesting even though I have 0 clues as to what they are.

@TheDrone7 : Alrighty! Thanks for your time and have an epic day!

Thank you for reading all this. See you all next week with another amazing developer from the community!

Also me: yay someone who does advanced math. I'm in precalc but I'm also in middle school so yeah lol

@Coder100
Hi and congrats
but can I get the coder100.it link (not the code)
because I need to test it!

@Coder100 I got the link
and I thought that:

I STARTED ON KA TOO; THATS EXACTLY HOW I GOT INTO CODING

Hi! @Coder100 :)
i have a question plllz
where did you learne node.js?
or what's the source that you can Advised me as a beginer front-end dev to learn node js from?

Great job @Coder100! You deserve it with all the amazing things you've done! <3

hmph u should learn viola

How can I run to be in this developer spotlight?

Where can I append me to the list lol @Coder100

I don’t think you can @RohilPatel

A very good friend also told me about repl.it @Coder100

Lol, I've definitely come a long way too lol!
No point denying it

@RohilPatel You're friends can code?! There is almost nobody in my school that can name at least one language programming language. That's super cool!