HTML, CSS, JS
Repls
Posts
Comments
Java && The ultimate tutorial to get you started
posted to Tutorials by EpicGamer007

This has to be the #1 Java, maybe even the #1 language tutorial on this site. The explanations are extensive and I can see this helping out a lot of new devs on here 💯

This is probably one of the few worthwhile reads on the tutorial board. A lot more useful than what some of these “monopoly” owners are producing 🙄

Repldex: am I a joke to you?

AstOwOlfo commented 7 months ago
CAN PEOPLE STOP ADDING PEOPLE TO TEAMS WITHOUT ASKING!!!
posted to Share by CodingCactus

the animations are hot. gotta love dark theme too ;3

I appreciate the time that went into this post but there are some inaccuracies that I’d like to point out.

Primitives would be your pre-defined data types which are built into Java and do not have methods associated with them. This would be types such as byte, short, long, float, char, etc.

Non-primitives are object references such as strings, classes, etc. They usually have methods associated with them because they are data types that were created by a developer rather than being built into Java itself, although exceptions to this rule do exist.

And with your declarations, it would’ve been nice if you showed both the primitive and non primitive variations for each variable, for example Integer and int. Also, ideally you should’ve used the identifier “D” for your initialisation double bruh = 15.5D.

With all due respect, to me, this tutorial does not sound as if it was written by someone with a confident understanding of Java and I feel like you should try to build on that if you plan on making future tutorials as your posts may confuse the people you’re trying to help.

Again, thanks a lot for the effort put into this.

AstOwOlfo commented 6 months ago
Do you guys like my new logo?
posted to Ask by DynamicSquid

@CodeLongAndPros as if this is any better, you've ruined it ;(

Store user id’s in an array, remove the user from the array after the cooldown is over. Check if a user’s ID is present in the array, if it is then return the cooldown message

this is really unnecessary, there’s already an over abundance of python tutorials

Thanks for giving me this chance, it was a pleasure to chat with you!

whole thing. positioning, style, and the dark theme felt a bit lazy the way you executed it tbh @retronbv

If you’re new to Python then I recommend that you consider dropping it and starting with a beginner language like C++. I understand that Python is a tempting choice due to the massive support for it in the repl.it community and other platforms but trust me when I say it’s better to start with a different language because it’ll benefit you more in the long run.

no that doesn’t do what they intended, read line 30 @CoolJames1610

The problem is that the name of your function is the same as the predefined function type() as seen here https://docs.python.org/3.8/library/functions.html#type

Solution:
Define your function at the start of the program and rename it to something else.

nah it defo can @ImmaEatYouMan

mv main.py new_location will move the file without losing the contents

make sure to edit your .replit file accordingly

You should switch to Node.js before moving to Java, and definitely don’t go for C++ beforehand. Honestly, don’t go anywhere near C++/C#, if you have plans for it then I recommend looking at Rust beforehand.

AstOwOlfo commented 11 months ago
Files
posted to Ask by dfnk

@malvoliothegood Right, you can leave the sass out your reply, mate. The repl is hardly relevant. 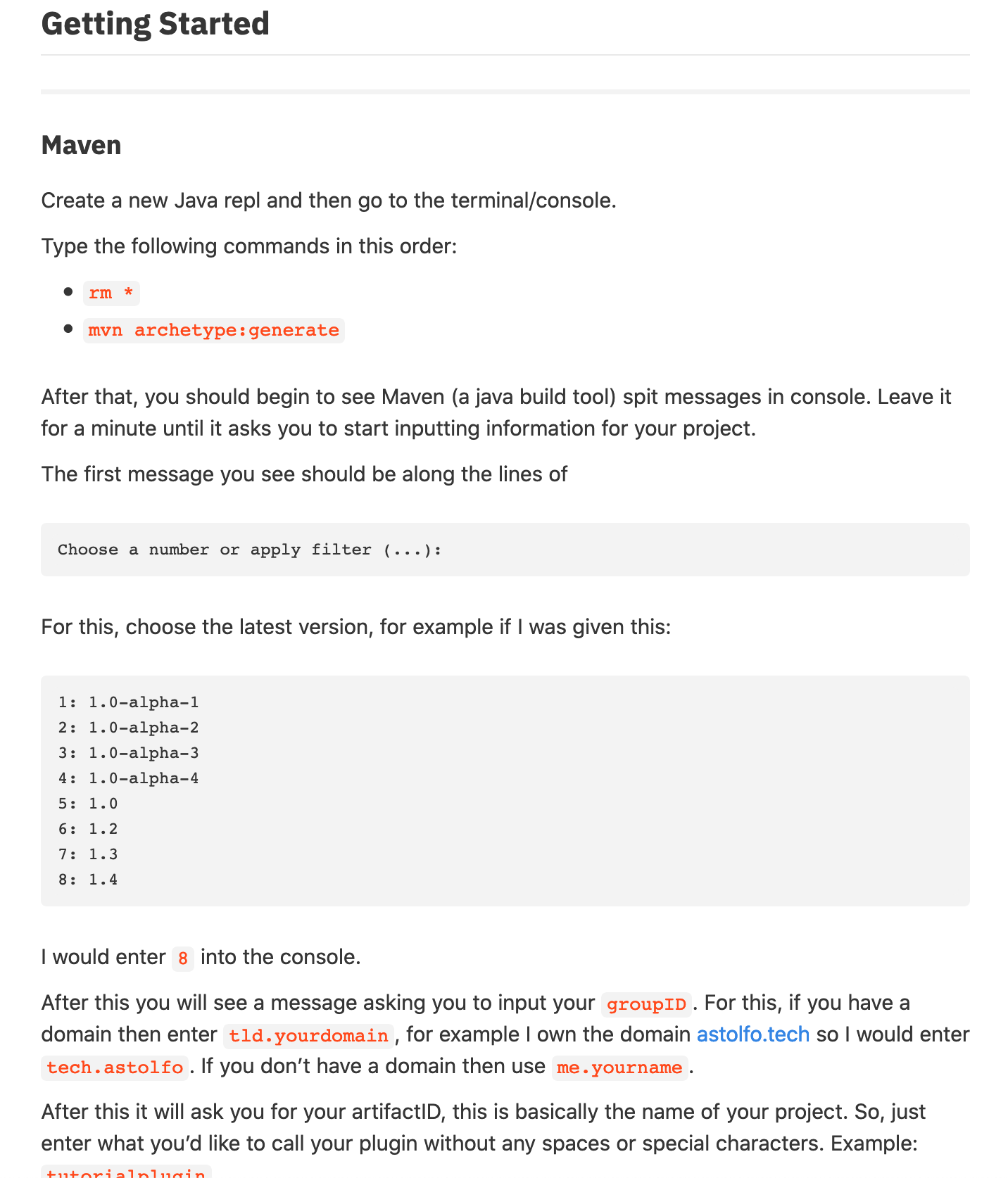 its the 2 values you configured when setting up maven @CoolBro4811

Cheers mate, I appreciate it. Hope it helps you out ;) @ChezCoder